Cardiologists are alarmed at increase in deaths from tobacco 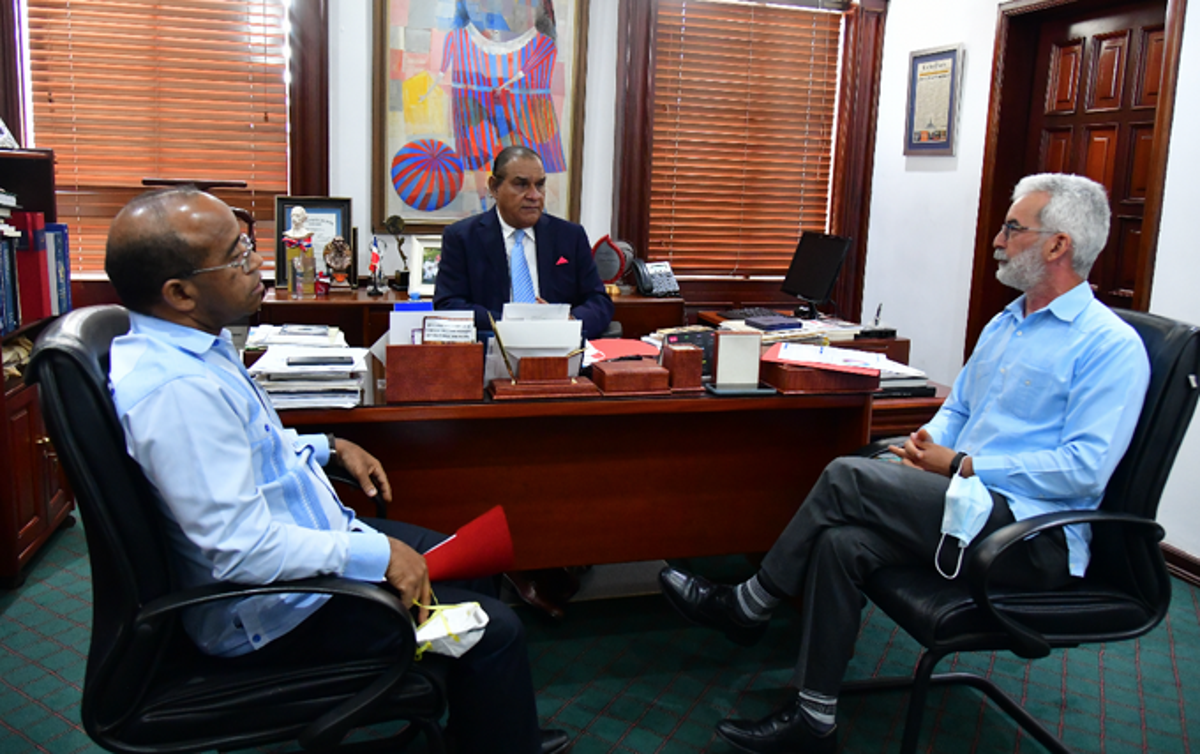 Cardiologists Fulgencio Severino and Samuel Ramos gave details about a study of the effects of smoking to the director of Listín Diario, Miguel Franjul. ADRIANO ROSARIO

19% of the 260 deaths from cancer that the country registered in 2019 were related to tobacco use and 800 deaths from chronic lung diseases.

While hospital records show that 34% of all patients who suffer a heart attack are smokers, and 11% of all deaths that year are linked to tobacco use.

This is how cardiologists Samuel Ramos and Fulgencio Severino, directors of the Dominican Anti-Smoking Alliance (ADAT), recreate the impact of tobacco use on people’s health.

The specialists referred to the issue during a visit made to the director of Listín Diario, Miguel Franjul, who disclosed the investigation results on the Global Interference Index of the Tobacco Industry 2021 Dominican Republic.

According to the study, the Dominican Republic was in position 80 out of 80 participating countries for obtaining the highest score in interference by the tobacco industry in public policies, receiving 96 out of 100 points.

The study was carried out in 80 countries, including 18 in Latin America; according to the research results, the first to be carried out and which included reviews of newspaper publications and government portals explained Drs. Ramos and Severino highlighted that The Dominican Anti-smoking Alliance comprises 41 institutions.

They point out that it is evident that the tobacco industry receives significant benefits in the country since the nation is projected as a “tobacco state,” while the global trend of tobacco is towards regression.

They point out that given the close link between state institutions and the tobacco industry and the country’s refusal to comply with the regulations of the WHO Framework Convention on Tobacco Control, there are very few opportunities to prevent interference from the tobacco industry in public policies.

Recommendations
The specialists point out that they are not against the production. Still, they do ask the Ministry of Public Health authorities to play a more active role in controlling the consumption and advertising of tobacco products, which is highly targeted at the population—getting younger and younger.

They pointed out that although consumption in the country has been reduced, settling according to the WHO at 10.6% is still very high, and the damage to health is irreparable. Therefore, they recommend that Public Health develop a code of conduct to monitor the relationship between government and industry, emphasizing health, education, sports, and minors.

That universities and civil society institutions generate research on the interference of the industry in public policies and legislation and their corporate social responsibility programs.

In addition, a plan to monitor the relationship between the industry and the government should be drawn up, ranging from the national and international public denunciation to presentation to the competent courts for violation of the laws.

IN POINTS
To the agreement
They also ask the country to request adherence to the WHO Framework Convention for Tobacco Control, which will allow more significant commitment as a State and greater international support in the preparation, implementation, monitoring, and surveillance of public policies in tobacco control.

Incidence
34% of all patients who suffer a heart attack are smokers, and 11% of all deaths in the year are linked to tobacco use.