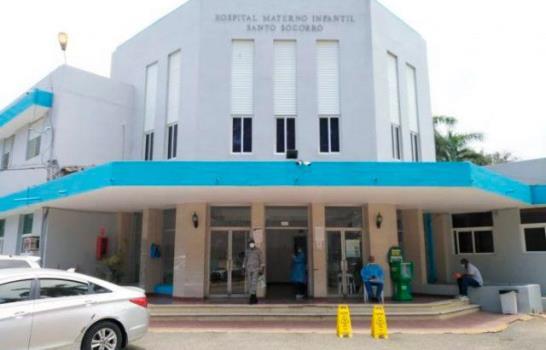 In Robert Reid, ten patients were admitted with dengue, and in Santo Socorro, there were three during the weekend.

The emergency of the Santo Socorro children’s hospital in the National District was very active during the weekend, accounting for the consultation of 95 minors who came to the health center for respiratory conditions, feverish symptoms, and an upset stomach.

Of the 95 infants, 85 received outpatient treatment, and only ten required hospitalizations for dengue, amoebiasis, and pneumonia.

“Due to the climate change, flu processes are our bread and butter, but they have been simple consultations, manageable in emergencies and in cases where there is a very marked pneumonia, they are admitted,” said Dr. Richard Salcedo, consultation coordinator. Of the referred medical center.

At the same time, Salcedo found that “currently (in Santo Socorro ) there are no hospitalized patients affected by COVID-19.”

On the morning of this Monday, two patients who remained hospitalized for dengue were discharged. A third patient, also affected by this disease, is waiting for his markers to improve to give him a medical discharge.

For his part, the director of the Robert Reid Cabral hospital, Dr. Clemente Terrero, reported ten minors admitted for dengue in this health center. In addition, there has been an increase in patients with respiratory infections. However, the number of the latter did not specify.

“The hospital prepared for that, we have organized the ward, the services and today we have practically no major problems because the emergency is not overcrowded. With the measures we have taken, we have improved the response capacity and, that has allowed us tto handle the situation better,” said Terrero when attending the delivery ceremony for 32 X-ray equipment organized by the National Health Service (SNS).