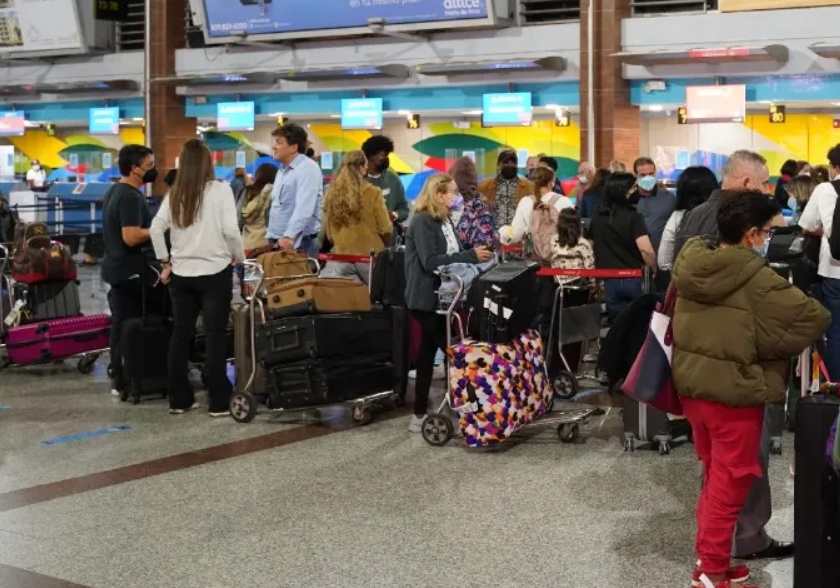 Santo Domingo.– A total of 13 flights departing or arriving in the Dominican Republic were canceled on Saturday, December 25, amid a massive global cancellation as a result of the spread of the Omicron variant of the coronavirus.

Six flights leaving from the Las Américas International Airport were canceled. Since Christmas Eve, dozens of flights have been canceled and airlines have reported that it is due to diseases related to coronavirus and the Omicron variant, which has affected their employees in high season.

The canceled flights that were supposed to depart were Jet Blue’s B61105, bound for Orlando, and the B61937, bound for San Juan, Puerto Rico.

The flights that were scheduled to arrive in the Dominican capital and that were canceled on Christmas Day were Jet Blue’s B6404, B6906 and B61938, which should arrive from Newark, Orlando and San Juan, respectively.

Also the JY460 and JY408 flights, of InterCaribbean Airways, from Havana and Kingston. The same happened with United Airlines flight UA1473, which was traveling from New York to Santo Domingo.

Thousands of flights have been canceled around the world due to the rapid spread of the Omicron variant.

Public Health authorities announced on Saturday the presence of the Omicron coronavirus variant in the country, noting that the first case detected was a traveler who arrived from South Africa and was treated for mild symptoms.

According to Nature magazine, the Omicron variant diverges from the original SARS-CoV-2 virus by about 50 mutations, including more than two dozen in the spike protein, far more than any other variant.

We were there in the first week of December. Just as first case of omnicon was discovered in US. FYI we had a great time in Puerto Plata