Omicron could be the cause of the fifth Covid wave 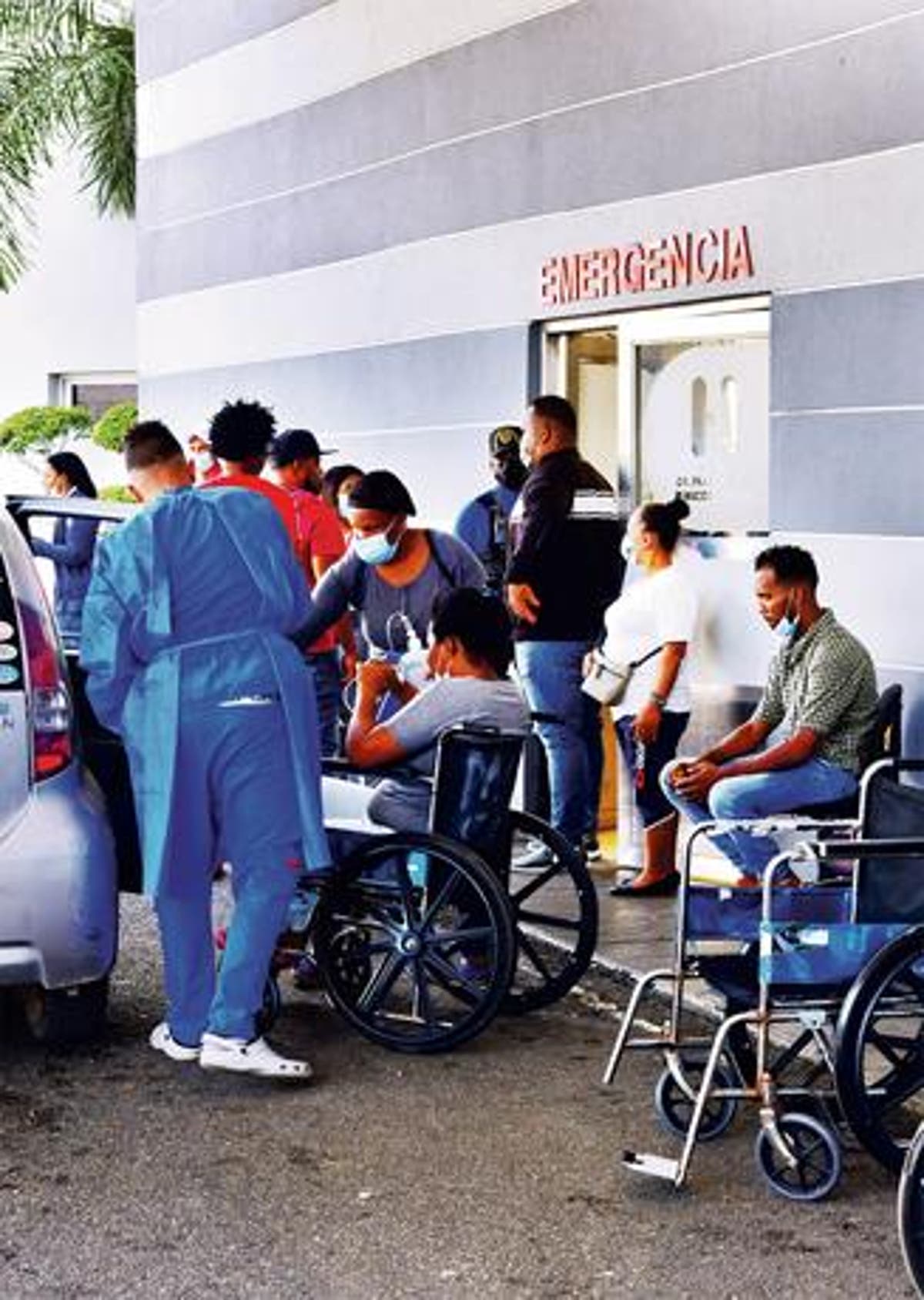 On Christmas Day, the confirmation made by the Ministry of Public Health that the Omicron variant of coronavirus circulates in national territory and the crowds for the Christmas and New Year festivities, the Dominican Republic is approaching the fifth wave of infections.

Every time a new variant spreads and activities with crowds and few protection measures, it is reflected in infections, hospitalizations, and deaths. However, with the omicron, the specialists hint that, due to its mutations, it has a more rapid contagion.

Since the first case of Covid was confirmed in the country, on March 1, 2020, until last October, the authorities had confirmed four waves of infections or outbreaks. In addition, the variants that emerged in different countries and were imported by travelers have also been demonstrated to impact. The other variants of concern that have affected the Dominican Republic are the Gamma of Brazil, that of the United Kingdom, and the Delta, the latter having been dominant for several months.

Each wave has been confirmed by the Department of Public Health Epidemiology director, Ronald Skewes.

The second outbreak was notified in December 2020. However, there were historical contagions after the general elections; they were not classified as outbreaks because the highest statistics of deaths and positivity were registered in a chain way.

The second wave in December was reflected in the statistics for January 2021, with 42,868 cases and 272 deaths.

For the third outbreak, which occurred in April 2021, after Easter, where access to beaches and spas was allowed, preceded by March, which had a record of 212 deaths, they had already confirmed in the country new strains of SARS-CoV-2, such as those from Brazil and the United Kingdom.

In April, the epidemiological bulletins # 379 to 408 of 30 reported 13,085 positive cases and 153 deaths. The first doses of vaccines against covid were administered in the country, and with a reasonable delay, the second dose.

Public Health admitted the fourth wave of Covid at the end of October, already when the worrying Mu and Delta predominated. However, that month closed with a record of 81 deaths from Covid and 21,410 new cases, maintaining high positivity in the first two weeks of November.

Prelude to the fifth wave
December, which has had a low positivity compared to other months, reached 2.11% positivity on the 15th. Bulletin # 637 notified 252 cases, is en route to influence a regrowth in January.

The December record is 28 reported deaths and 6,597 active cases.

Ómicron and influenza
The Dominican Society of Infectious Diseases assured that with the presence of the Ómicron variant in the country, the relaxation of measures and the increase in cases of influenza could complicate the health situation and trigger the number of infected people.

He assured that the panorama he describes could affect, above all, the unvaccinated population and vulnerable people, and those who suffer from comorbidities such as diabetes, hypertension and cancer.

The president of the entity, Dr. Clevy Pérez, observed that although there are reports that indicate that the variant the risk of hospitalizations is lower than with other strains, “we cannot trivialize the risk posed by such an infectious virus in vulnerable and non-vulnerable populations.”

He called on the authorities to take measures to stop the new wave of coronavirus and asked citizens to redouble their efforts to prevent contagion from them and their families.

“Although it is too late to stop this new wave of infections, the measures taken this week could reduce its impact on the health system,” he said.

He said that there is sufficient evidence of the high contagiousness of the omicron variant, already detected in the country, “and it has shown great speed in other countries to expand and become the dominant variant.”

“We infectologists are concerned about how mass activities continue in the midst of a reversal of the health situation,” said Dr. Pérez.

In closed environments the virus spreads more
“It is well known how closed and crowded environments are ideal for viral spread; however, nightclubs with these characteristics continue to operate without restrictions despite the fact that we are in the midst of a pandemic,” said Pérez.

Operation Monckingbird
The 5th wave of lies, 5th wave of propaganda about a virus that only kills on the news!

This stuff never ends. S T F U about COVID already. People are tired of it. I can’t wait until we have a real government again…and these people get arrested for this scam!