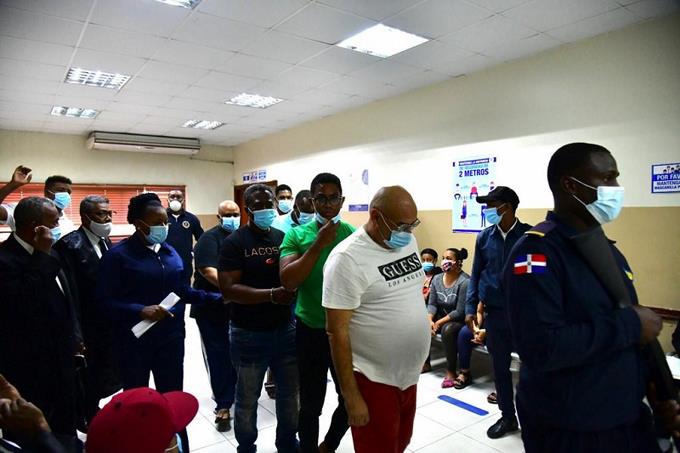 The network was dedicated to trafficking people from the Dominican Republic to the United States and linked to Dominicans killed in the tragedy of Chiapas, Mexico, used various countries as “bridges,” false documents, and “Coyotes” to achieve its objective.

The file of the request for the imposition of coercion measures and declaration of complexity by the Public Ministry to the five defendants explains how the alleged trafficking network operated.

On Friday, the judge of the Permanent Attention Court of the Santo Domingo province, Bernardo Coplin García, issued a year of preventive detention against the members of the alleged network, accused of routing at least three of the six Dominicans to the United States deceased in an accident that occurred on a Mexican highway.

From the Dominican Republic to “bridge” or “transit” countries.

Specifically, the first method used by the network was to transfer the objects of trafficking (people) to a country that does not require a visa, such as Guatemala, Panama, Costa Rica, or Colombia. Once there, they requested a “special transit visa” to arrive in Laredo, Mexico.

Already in the Aztec territory, people were transported in a trailer (cargo truck) to the United States, with people known as “Coyotes” “La Sexy,” “Paloma,” “Miguel Alemán,” “Rosy,” “El Gallo,” “Raul,” “Sara” or “Ronaldo,” who communicated with Guzmán Marcano, el Duro or Guardia, to coordinate their arrival in the United States.

When they arrived in the United States, the trafficked persons were endowed with driver’s licenses “with which they supplant the identity of American or Puerto Rican nationals.”

Another method that the network used was Tortola Island, which is the most populated of the British Virgin Islands, where a visa is not required for Dominicans. From there, people were transferred by speedboat to Puerto Rico.

Once in Puerto Rican territory, the “trafficked persons” were given false documentation, posing as nationals, which allowed them to obtain flight tickets to the United States.

For either of the two alternatives, the network charged $ 21,000, which translates into approximately 1,200,000 Dominican pesos.

Regarding the alleged network, the Public Ministry indicated in their file that they had been working for more than a decade. As a result, they had managed to traffic at least 400 people from the Dominican Republic to the United States.

To date, there are six bodies of deceased Dominicans who have been brought to the country after the government reported that it would take care of the transportation costs.

Specifically, there were 11 deceased, of which eight were from Baní (Peravia), one from Boquerón de las Charcas, Azua, and two from Monte Cristi.

The bodies of the Dominicans are transferred to the country by the Ministry of Foreign Relations in combination with the families of the victims.

Regarding the report, the remains of the other five Dominicans who remain in the community of Chiapas, Mexico, will be brought to the country this week.