Epidemiology confirms one case of flurona in the country, but not serious 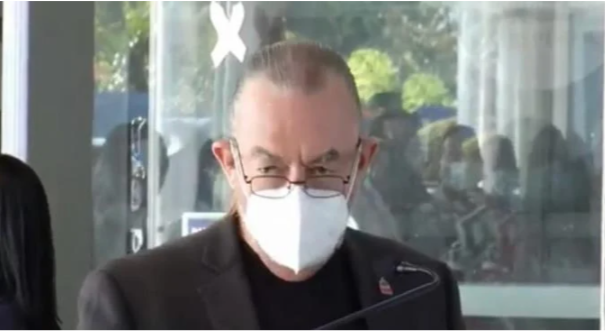 The National Director of Epidemiology, Ronald Skewes, confirmed that a case of flurona, the combination of influenza and coronavirus, was detected in the country in a patient, but it had no significant impact.

The specialist said that it is nothing new, “it is something banal,” because, in the country, they have had cases in which two and three viruses are identified in the same person. As an example, he cited influenza and dengue.

The patient who tested positive for flurona was the first of November and confirmed this Wednesday before the insistent question.

“A case that she was affected at no time admitted or hospitalized, she spent everything at home with flu medicines and some antivirals,” he explained at the weekly press conference offered by the Public Health authorities on Covid-19.

He explained that this case of flurona is autochthonous, although he did not say in which province it occurred since the patient had not left the country or had been in contact with other people. “You can give that constellation. It’s not something from the other world. It’s something that’s observed for years from the same person who can have multiple viruses.”

The case was detected in a laboratory in the Dominican Republic and, according to Dr. Skewes, so far, the country has the capacity to detect influenza and Covid, and they have identified a case.