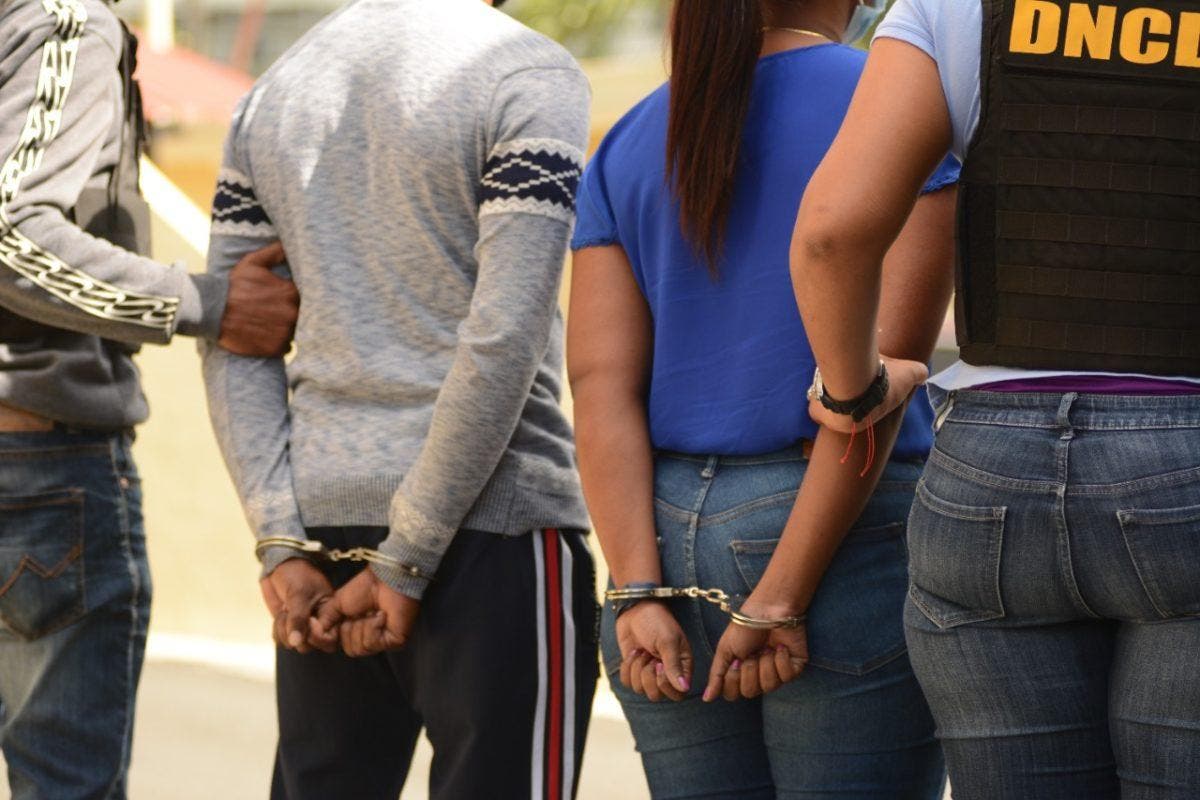 Arrested for trafficking cocaine, according to the DNCD.

Puerto Plata. As part of the follow-up of drug trafficking cases, the National Drug Control Directorate (DNCD) and members of the Public Prosecutor’s Office apprehended a man and a woman linked to the seizure of 309 kilograms of cocaine, which arrived in Brussels, Belgium, on a commercial flight from the Gregorio Luperón International Airport, Puerto Plata province, last March 15, 2020.

Leury Manuel Santos and Amarfi Santana, both airport employees, were arrested in the parking area of the terminal mentioned above, following arrest warrants issued by the Permanent Attention Office of the Court of Instruction of that Judicial District.

You may be interested in reading: DNCD says it has seized 67 thousand grams of drugs so far this year.

According to the accusation, those arrested were linked, along with other accused, to the introduction of eight suitcases containing the drug packages into the containers of the aircraft.

“A total of 10 people have been implicated in the case, while the pursuit of others involved in this international drug trafficking network is being activated,” the note said.

It is recalled that through an arduous intelligence work by the DNCD and the Public Ministry of Puerto Plata, which lasted a little more than a year, it was determined that the group took advantage of the beginning of the pandemic to introduce the suitcases, loaded with cocaine, in the hold of the aircraft type B-787-800.

As part of the investigation process, the Public Prosecutor’s Office requested the cooperation of the Belgian authorities through the communication of international legal assistance, which has served as support for the collection of evidence during the judicial process in the country against those involved.