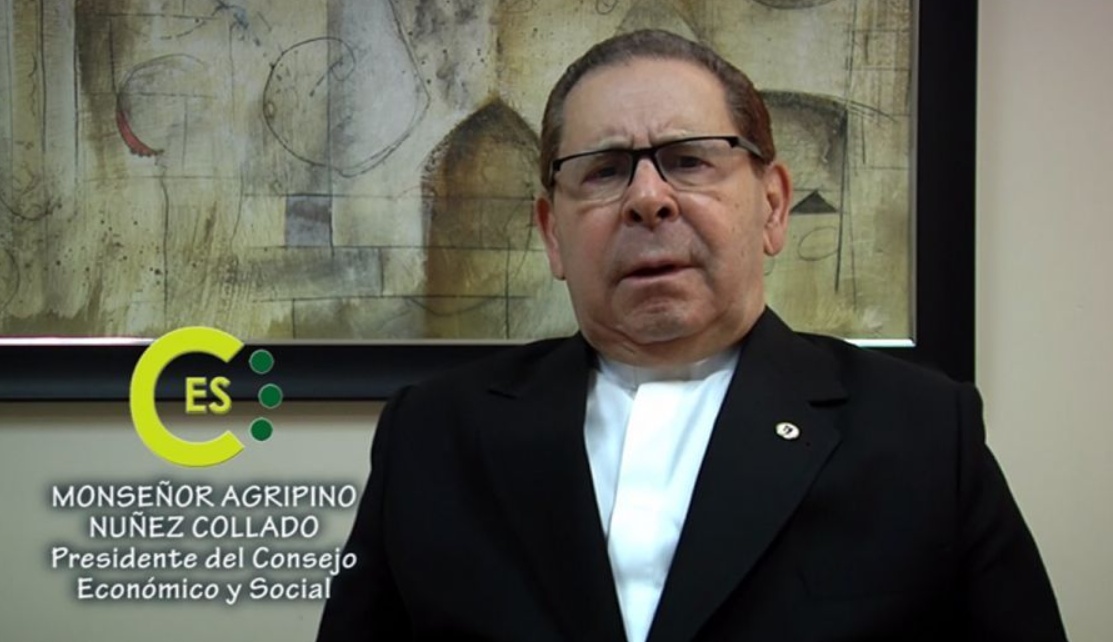 Santo Domingo.– Monsignor Agripino Núñez Collado, who died on Saturday night due to health complications, will be recognized in the Dominican Republic for having played a leading role in mediation in political and social conflicts of various kinds that originated in recent decades in the Dominican society, Diario Libre reports.

For this role, the cleric was appointed by President Leonel Fernández as the first president of the Economic and Social Council (CES) in 2005, until he was replaced in August 2020.

During his time at the CES, he was involved in the consultation for the drafting and approval of Law 1-12 on the National Development Strategy in 2010. The National Pact for Educational Reform and the Electricity Pact have also been approved, the Fiscal Reform of the year 2005, the implementation of the Contributory Regime of the Family Health Insurance in 2006 and the Reform of the Electricity Sector.

In addition, the priest was part of a commission created by President Danilo Medina to investigate the tender and award of the Punta Catalina Thermoelectric Power Plant to the Brazilian construction company Odebrecht. The commissioners found that the process was carried out in accordance with national laws and that there was no fraud or overvaluation of the work.

Before participating in the investigation, the religious man had resigned from his position as a member of the Board of Directors of Grupo Estrella, Odebrecht’s local counterpart.

Agripino Núñez Collado held his mediation role for the last time in 2020, between the government of then President Danilo Medina and the opposition, led by the Modern Revolutionary Party, after the electoral crisis that occurred that year, after the suspension of the elections municipal on February 15 of that year.

At the beginning of 2001 he was appointed by President Hipólito Mejía to coordinate and initiate the work of the National Development Council, an entity that brings together the different sectors of national life.

That same year he was chosen by the Executive Branch to coordinate the Commission for the Reform of the Constitution made up of representatives of political parties and civil society, through decree No. 410 of March 21, 2001.

In 1985, he led the Tripartite Dialogue that finally made possible the approval of a Labor Code in 1992, reducing the recurrent conflicts between the working class and employers.

In addition, he had an important participation in the dialogues to promote the reforms to the electoral system and the agreements on the Tariff and Tax codes.

Agripino was born on November 9, 1933 in Sabana Igelsia, Santiago province. He was ordained a priest in Zamora, Spain. He graduated in Philosophy from the Autonomous University of Santo Domingo and in Theology and Canon Law from the Pontifical University of Salamanca. He obtained a Master’s degree in Administration from the University of Puerto Rico.

In 1963 he was vice-rector of the Pontificia Universidad Católica Madre y Maestra (PUCMM), becoming rector from 1970 to 2014, for a period of 44 years.