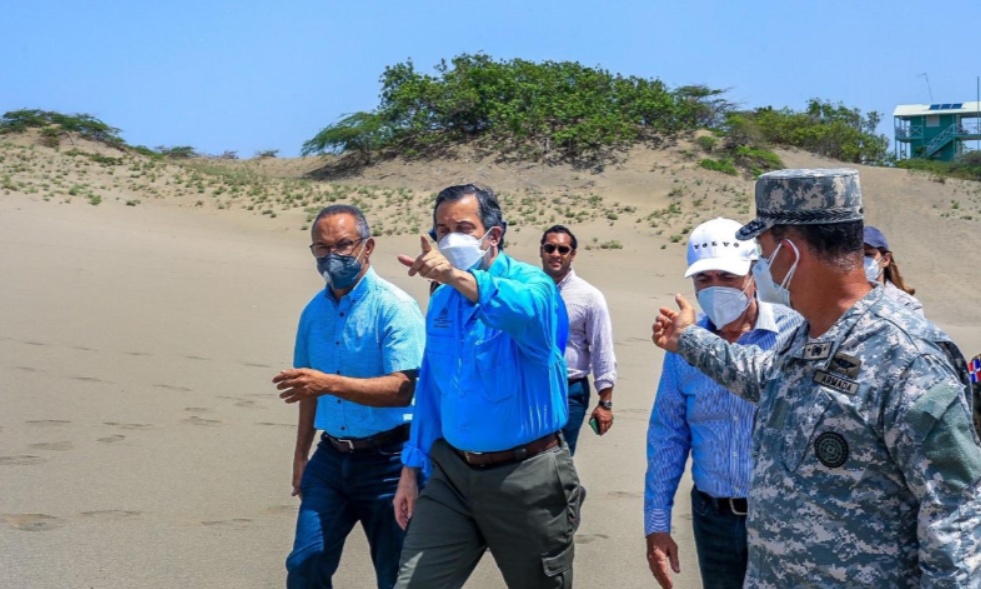 Baní, Peravia, DR.– Authorities from the Ministry of the Environment, assisted by teams from the National Environmental Protection Service (SENPA) and the Dominican Navy, carried out operations in Las Dunas de Las Calderas and its surroundings, where they seized dump trucks and other equipment used for the clandestine extraction of sand from that natural monument.

According to Listín Diario, the operations were carried out on Sunday and several hidden sand collection centers were also intervened on farms near Las Dunas.

With these, it has been possible to locate different points where sand has been extracted and the flora belonging to Peravia province has been destroyed, in violation of Law 64-00, which declares it a protected area.

During the operations, seven dump trucks have been retained and transferred to the Vocational School of the Armed Forces, located in Baní city. The drivers of these vehicles were also arrested and those directly responsible for the damage are being persecuted.

The beauty of Las Dunas

Las Dunas currently has an area of ​​20 km² and offers great scenic beauty, in addition to protecting the surrounding communities from hurricane winds and housing unique species adapted to these dry and saline environments.

The tour of Las Dunas is impressive and one of its great attractions is that they are located in front of a large beach, bathed by the waters of the Caribbean Sea, which lends itself to activities such as snorkeling, skysurfing or simply enjoying a bath.