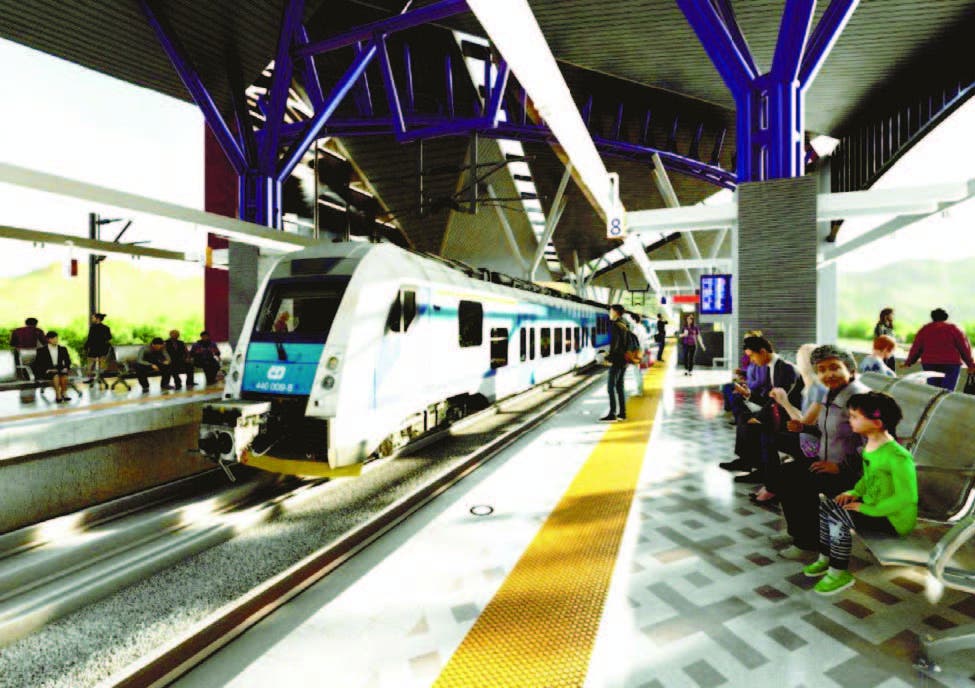 This would be the train station that would connect Santiago de los Caballeros with Santo Domingo.

Medium would reduce cargo and passenger transportation time to just 40 minutes; the train would reach Puerto de Haina and benefit cities along the route and the country.

The study for the construction of the Santo Domingo – Santiago Freight and Passenger Train was presented at a seminar organized by the Central American Bank for Economic Integration (CABEI ), which will determine the cost of the work to reduce the travel time between both cities to 40 minutes.

The information was confirmed by engineer Jhael Isa, director of the Urban and Interurban Mobility Projects Office of the Ministry of the Presidency, the executing agency for developing the structure. Isa points out that the study would take around six months, so it would be when the train’s cost, duration, and potential demand are determined, and whether or not it will be feasible to develop it.

To do this, he says, they will research by the international consulting firm of Spain ALG Global Infrastructure Advisors, SL, which won the tender made by CABEI, the entity that donated the funds.

If feasible, Isa points out, they would determine the most ideal way for the Dominican State, in terms of cost, if it is developed through a public-private partnership or otherwise.

It clarifies that it is a medium and long-term logistics project or corridor that seeks to connect logistics activity centers, free zones of Santiago, cargo consolidation center in La Vega, Constanza, Bonao, and that would reach the Port of Haina.

“This would allow all the export cargo, the cold chain, which today is a restriction for the country to have a logistical plus, so now it is being seen if it is feasible to solve it through this solution,” he explains.

In the seminar, the consulting firm in charge of the execution of the studies of “Market Analysis and Regulatory Reform to Support the Development of the Santiago de los Caballeros – Santo Domingo Railway Line” presented the initial report, where the objectives and methodology of the studies that will determine the market demand for the service were shown, and review and propose the regulatory, legal and governance frameworks of the country’s railway sector that allow the development of the Train project.

“We are excited to know that starting today these important studies will begin that will support the development of a safe and efficient rail transport network for cargo and passengers, and that in six months we will have the results to move forward with the work that will undoubtedly improve the quality of life of Dominicans and will join the initiative promoted by the Bank to strengthen the transport and sustainable mobility sector in the region, ” Mossi said.

For his part, the executive director of the DR before CABEI, Hostos Rizik, commented that“This project is in line with the Government’s strategic objectives of promoting mobility, diversifying exports, contributing to economies of scale, and boosting economic growth and national competitiveness with a direct benefit to the communities surrounding the project and indirect for the entire country” In his participation, Dongjoon Kim noted that with this US$630,000 non-reimbursable technical cooperation approved under the Korea-CABEI Single Donor Trust Fund (KTF), Korea reaffirms its commitment to support countries in the region to promote new technologies in the transport sector that boost their competitiveness.

Mossi concluded by stating that “with this initiative, CABEI positions itself as the primary driver of rail mobility in the SICA region through high-impact projects that include similar initiatives in countries such as El Salvador, Guatemala, and Costa Rica.

The common denominator is the support they receive from their partner Korea taking advantage of their high technology, proven experience, and the transfer of knowledge and skills to these countries in this highly specialized sector, an opportunity that they must make the most of.

At the end of the seminar, Hostos Rizik Lugo, CABEI director for DR, explained on his Twitter account: “This morning we formally began the feasibility studies of the development of the rail network for cargo and passengers between the city of Santo Domingo and Santiago He emphasizes that this analysis will evaluate the integration and connectivity of the two most populated and productive cities in the Dominican Republic, Santiago de los Caballeros and Santo Domingo and link these two urban areas with the port of Haina.

This project is part of the design of the Integrated Transport System promoted by the Dominican State to provide answers with collective solutions to the problem of transport, mobility, and accessibility between cities, @BCIE_Org.

The Central American Bank for Economic Integration (CABEI) received a request for technical cooperation to carry out feasibility studies to determine the viability of the freight and passenger rail network from the Ministry of Finance of the Dominican Republic.

Or course, such a train is feasible.

this is the second or third time they do this study.

Let’s hope it comes to be and some of those dangerous trucks come off the road.

Bullet trains or no trains at all! Don’t give us crap

Trust me, at the very least they’ll be more modern than most trains in the US.

We need this cargo train we have 2 much traffic, I hope it brings down the amount of motorists in the street cuz they are annoying as hell !

1
Reply
My Name Is Not Important
Reply to  Drfinest

I wish there is a road-rail bridge that will connect Punta Cana to Mayagüez in Puerto Rico. It will be a magnet for truckers and cargo trains, but both tourists and locals visiting both the DR and PR via driving, taking the bus, or taking the train.

0
Reply
Drfinest
Reply to  My Name Is Not Important

This studý was done by Poppy Bermúdez 40 years ago. Yes, it is doable, but not pooular with Fenatrado.