Dominican Republic remembers the occupation that ended slavery 200 years ago 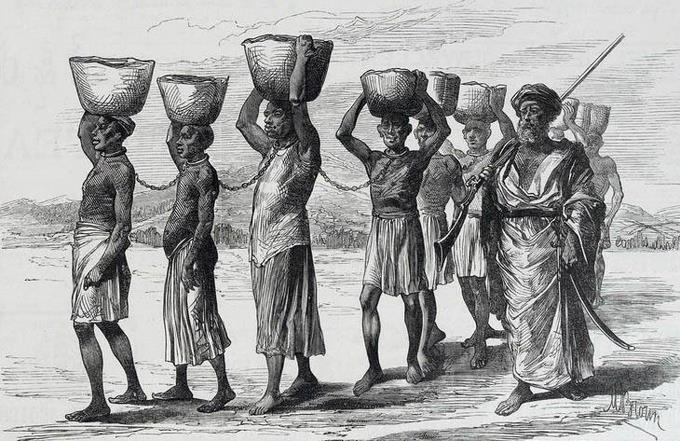 The Dominican Republic remembers this February 9, the 200th anniversary of the beginning of the Haitian occupation, a brutal period that lasted 22 years. Then, a brutal military regime prevailed, ending slavery in this part of the island.

On February 9, 1822, the troops led by Haitian President Jean Pierre Boyer invaded Santo Domingo after a brief period of sovereignty, known as the Ephemeral Independence, proclaimed on December 1, 1821, which meant the emancipation of the then Spanish colony.

The military of Haiti, which had a population and an Army far superior to that of the Dominican Republic, entered Santo Domingo and received the keys to the city from the hands of José Núñez de Cáceres, leader of the Ephemeral Independence and who was in charge of the municipality.

An occupation to defend against Europe

Since its independence in 1804, Haiti declared “war to the death against everything that meant whites and European powers, be it France, Spain or England,” historian Juan Daniel Balcácer, a Dominican Academy of History member, explains to Efe.

The Haitian authorities always saw the Spanish part of the island “as the weak flank of their independence.” They thus justified their “expansionist and belligerent” policy against the Dominican people, arguing that the island should be “one and indivisible.”

The excuse was to avoid any eventual foreign occupation of Spanish Santo Domingo that could threaten the survival of the Haitian state, adds Balcácer.

One of the positive measures of the invasion was the immediate abolition of slavery in the eastern part of the island, a “transcendental event no matter who did it,” Darío Solano, president of the Dominican Platform Afro-descendants and coordinator, told Efe. Site of the Slave Route, promoted by UNESCO.

This is a fact that many are unaware of or refuse to accept. But, according to Solano, that may be explained by the same divergences that both countries that make up the island of Hispaniola have historically had.

“On February 9, 1822, really and effectively when the unification occurs, slavery is tacitly abolished, but it has definitely not been recognized,” he says.

For Balcácer, however, in the Spanish part of the island, “slavery never had the dimensions of cruelty and plunder that it had in the colonial system imposed by the French in the western part of the island of Santo Domingo.”

Slavery, in Spanish Santo Domingo, “was practically non-existent” due, fundamentally, “to the traditional mode of subsistence production that prevailed since the 17th century,” according to Solano.

22 years of repression and exile

In the Dominican Republic, the 22 years of Haitian occupation are remembered due to the brutality of the military regime, due to the large-scale takeovers of land, which forced their owners to leave the country, due to the restrictions on the use of the Spanish language, the closure of the university and for the attempt to eliminate traditional customs.

Among them, cockfights were restricted, which continue to be celebrated today in the Dominican Republic, and the hours of religious festivities were also limited.

“Everyone who could flee to foreign lands,” summed up the Dominican intellectual Pedro Henríquez Ureña (1884-1946) regarding the Haitian invasion.

And it is that, according to Balcácer, “never” was the cultural and historical identity of the Dominican people taken into account, “substantially different from the Haitian, and the will of the collective to build its own future according to its vital needs as a people.”

A spur to independence

The occupation “ended up encouraging Dominicans to fight for their independence,” added the historian.

In 1838 a group of young people led by Juan Pablo Duarte founded the secret society La Trininaria to separate the Dominican Republic from Haiti.

Six years later, on February 27, 1844, independence was proclaimed, giving way to twelve years of armed conflict that consolidated the separation of the two countries.

Slavery was abollished by France in 1794, the spanish side of the island was transfered to France in 1795 as part of the Peace of Basel treary and slavery was abolished that same year. Spain regained control of the spanish side in 1809. Spain at that time still had slavery on its laws, but Slavery was not an important feauture of the economic activity of the island as catle ranching was at the moment the most importat activity. BY the time of the haitan opupation slavery was only a nominal “on the books only” affair not a real economic feature of the colony.

Now it is clear why Dominicans still hate their Haitian neighbors…

200 years of the Haitian occupation of our territory. And after 300 years the Haitians are still dependable on DR for everything. Proof that their presence in our island was a mistake of the French.

We don’t hate them, we pity them. They are like a retarded family member that are completely dependable on us for food, healthcare, and everything else.

Are those chained up African supposed to be Dominicans? Lol. I guess DominicanToday is getting some money from some NPO to change our history. Are they talking about the Haitian brutal occupation of our territory? It took 22 years and 37 battles to kicked the Haitians back to their side of the island. How about remembering that. This globalists are trying to re-write our history to favor the backwards invaders.

We remember the Haitian brutal occupation of our territory, by that time there was no slavery in our territory. France had 700,000 African slave on their side; on our side there were 60,000 Africans and mestizos doing livestock work. What are you talking about? Lol.

Abinader: “What they have called salary increase have been imprudent actions”