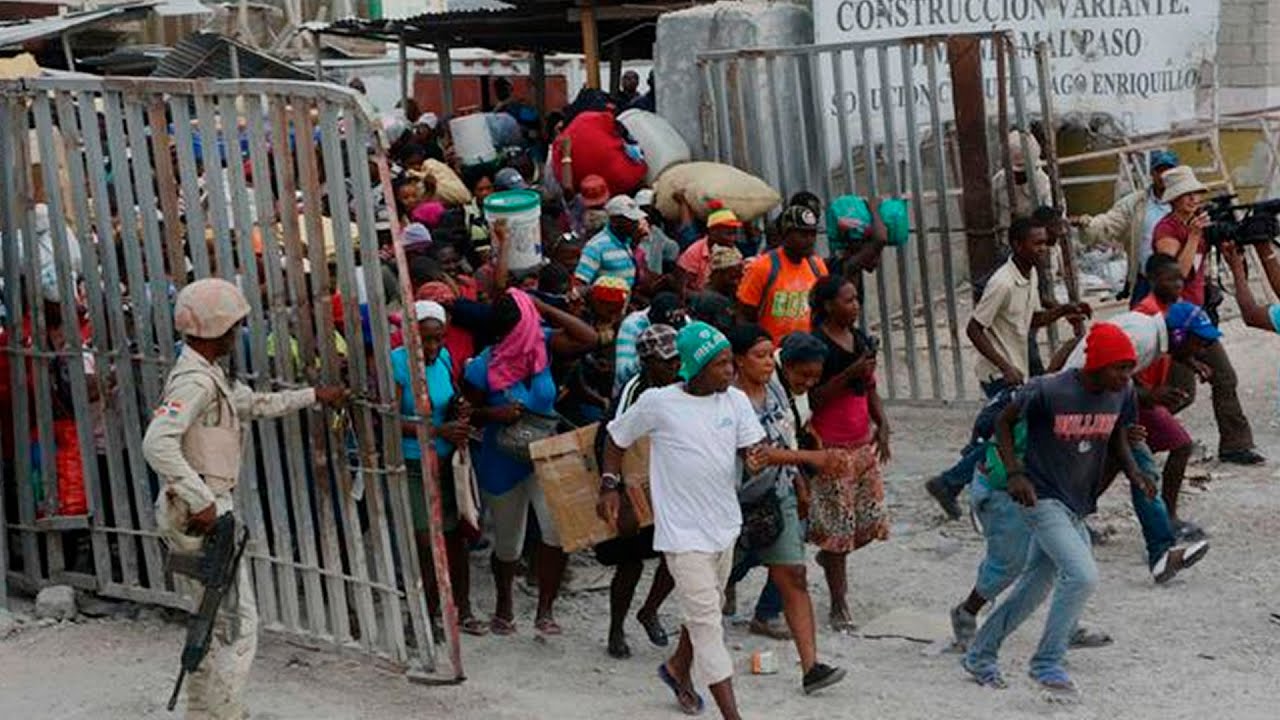 Haitians may enter the country to trade, but they must return to their country. FILE/LD

Migration will make the first delivery of the documents on the 27th and 28th of this month in the Pedernales province, to foreigners who enter the country daily for commercial activities, with no intention of staying.

The General Directorate of Migration (DGM) reported yesterday that it will deliver the first “Border Inhabitant” cards to foreign citizens who enter the country daily to carry out commercial activities with no intention of staying.

The first delivery will be made on the 27th and 28th of this month in the Pedernales province.

“With this document, Haitian citizens will be able to carry out commercial activities, since they would have met the requirements established by resolution 09-2021, of the DGM, which creates the pilot to implement the Border Inhabitant card through the Pedernales crossing,” it indicates in a press release.

It is in law It
indicates that this pilot project is contemplated in the Migration Law 285-04, as well as in its application regulation 631-11, for foreigners residing in the area of ​​the Dominican Republic, bordering Haiti, in the Pedernales provinces , Independencia, Elías Piña, Dajabón and Montecristi.

The DGM indicated that the bearers of this document will be able to enter the country within the perimeter of the border to carry out their commercial activities, but they have to return daily to their residence of origin.

Cattle theft
Ranchers, local authorities and other representatives of the area met in Dajabón to define joint actions against cattle theft and other criminal acts that occur in the border area.

Likewise, they announced a greater strengthening of military and police surveillance on the border line, estimating that most of the acts of cattle rustling that are recorded are committed by Dominicans in complicity with some Haitians.

The governor of Dajabón, Rosalba Peña; the commander of the Army’s Fourth Brigade, Colonel Germán Rosario Pérez; the Dominican consul in Juana Méndez, Margarito López; Mayor Santiago Riverón, and the police commander here, as well as animal breeders and other authorities.

Another meeting is scheduled for this Wednesday with the presence of the Army commander, Major General Julio Ernesto Rosario Pérez, to continue advancing in the search for a solution to cattle thefts and other criminal acts in this part of the border.

The governor and the mayor agreed to highlight the importance of the meeting, and that joint efforts must be joined to confront these acts that are internal.

On his side, the commander of the Army’s Fourth Brigade in Mao, Colonel Rosario Pérez, said that the guards stationed on the border are not there to deliberate and make decisions but to protect Dominican sovereignty and the border. However, he stated that this military body is a support entity for the National Police.

KNOW MORE
Conference.
The Government of Haiti announced this Tuesday the organization of a donor conference for the reconstruction of the south of the country after the damage caused by the earthquake of August 14, 2021. The event, which has the support of the United Nations, will be held on February 16 at a hotel in Port-au-Prince, in person and by videoconference, according to a government statement.

How about none of them at all!

Might as well call this site, Haitian Today or Hispaniola Republic Today.

And who is going to pay for these cards? Who is paying for the foreign birthing in DR?