Laptops given to students in the past administration are in disuse 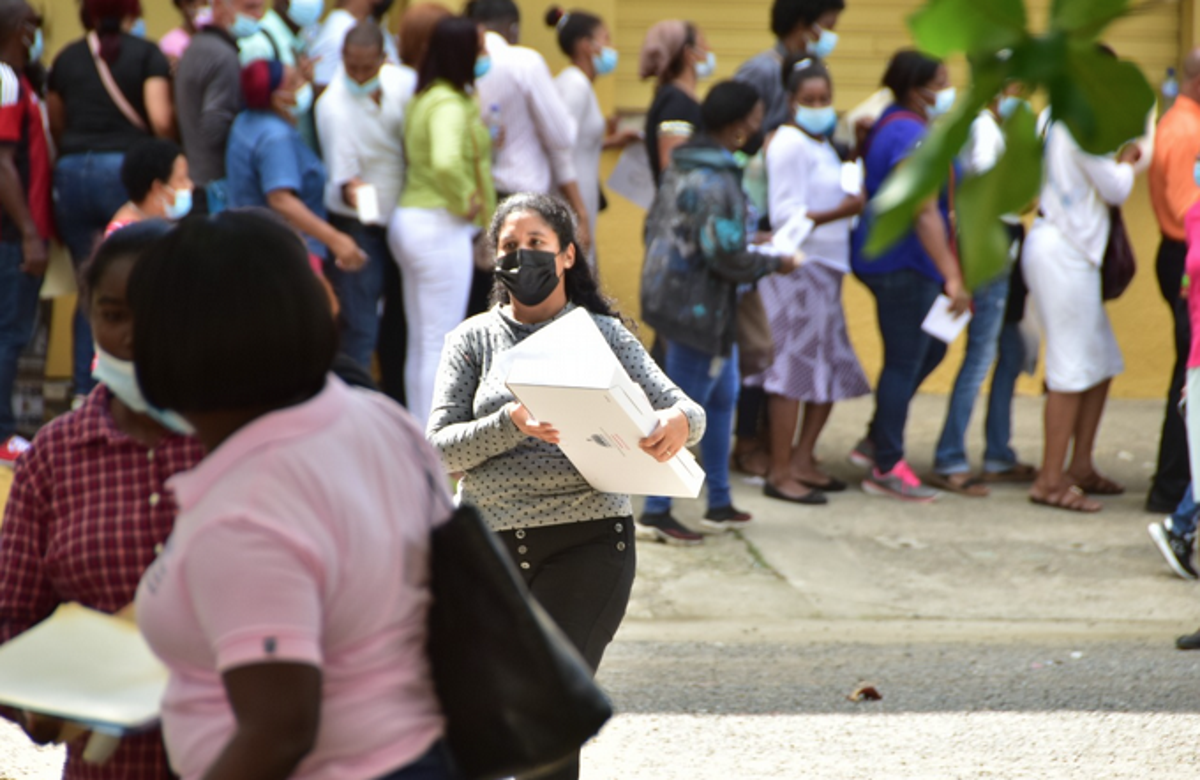 The electronic devices were delivered in the midst of the Covid-19 pandemic to guarantee distance classes. JORGE MARTINEZ/LD

“They did not work” is how the students of Greater Santo Domingo described the electronic equipment delivered to them by the Ministry of Education (Minerd) to start the 2019-2020 school year.

Currently and as a measure to remedy the inconvenience, Minerd authorities are conducting a survey this week to determine which students have damaged computers and those who have never received them, all this to provide them with a new device.

Anthony García, a 14-year-old student at the Juan Pablo Duarte Educational Center, stated that the laptop he received in 2019 broke after five months, and he was never given another device. According to his director, Victorino Germosén, “hundreds of cases” similar to Anthony’s were registered on that campus.

“Those computers were damaged at once, we don’t know what happened, but of those that were given from that time to here, I think there are none left,” explained the educator, referring to the fact that the computers delivered in the past management of the Minerd did not have the quality that was presumed, a situation that, according to him, did not occur with those that were delivered at the beginning of this school year.

Due to the inconveniences these days, the dependency has had to resupply these teams to the registered affected.

As Germosén explained, students must return the broken device to the ministry as evidence to purchase a new computer. While those who will receive for the first time, their parents or guardians will have to complete a form.

Students from Liceo Excelencia República de Colombia also presented the same difficulty. Even the teachers indicated that the computers destined for them “are slow, of low quality and little storage.”

The Víctor Estrella Liz School served throughout the week as the stage for delivering thousands of laptops. Some 3,600 computers were provided yesterday alone.

The protocol was the same as explained above; the parents of various educational centers went with the required documentation to look for the device for their children, and representatives of the Minerd formally delivered it to them.

Among the educational centers that received laptops yesterday are the Juan Pablo Duarte School in Boca Chica, the Gregorio Luperón School at kilometer 27 of the Duarte Highway, the José Francisco Peña Gómez School, and the Salvador Hirujo Sosa School in Sabana Perdida.

Other equipment
Unlike the situation generated by computers, the Juan Pablo Duarte, Liceo Excelencia República de Colombia, and San Martín de Porras centers exhibited other electronic resources such as tablets and digital whiteboards, elements that teachers incorporate during the development of classes.

Filled with malware and viruses!