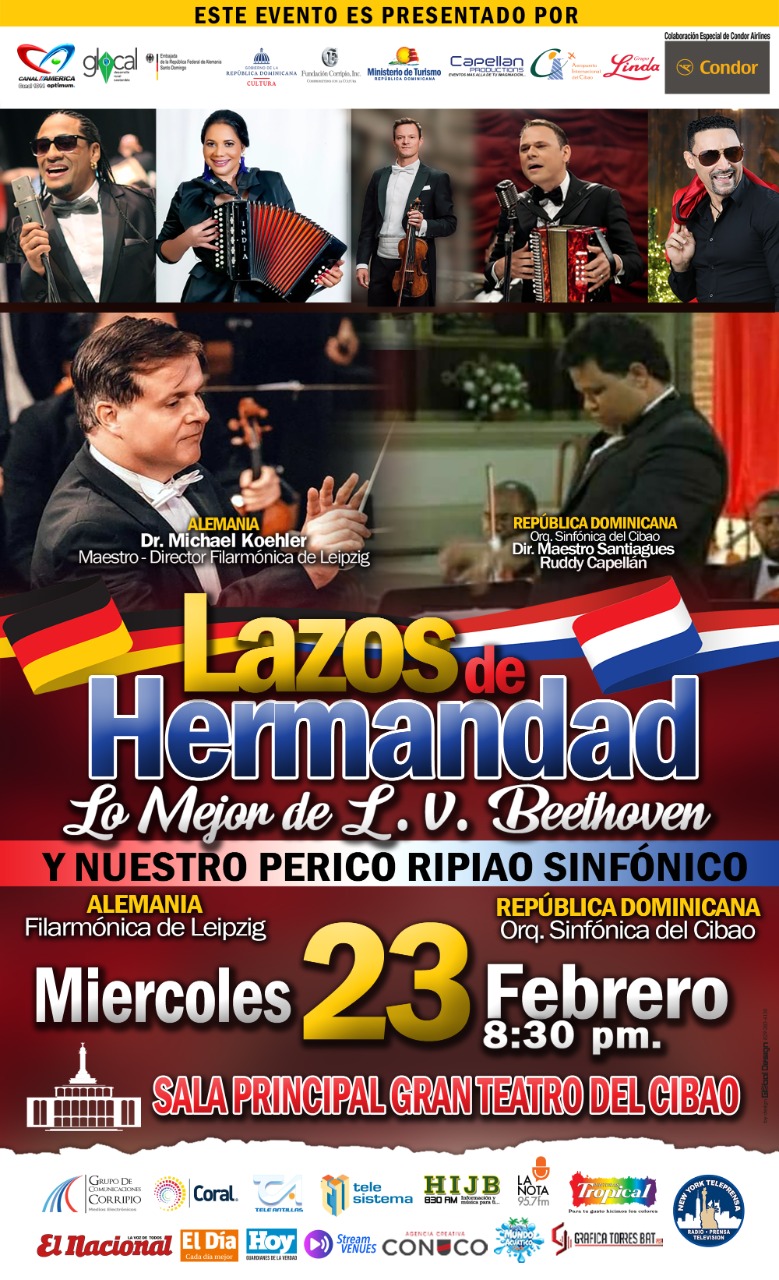 250 years and more - Bonds of Sisterhood

The presentation of the concert “Lazos de Hermandad (Bonds of Sisterhood),” by the Leipzig German Philharmonic and the Cibao Symphony Orchestra, represents an excellent opportunity to celebrate Beethoven and vernacular symphonic music.

Produced by Capellán Production, the concerts will take place on Wednesday, February 23 at 8:30 p.m. in the main hall of the Gran Teatro del Cibao, on Friday, February 25, in the Puerto Plata amphitheater, and on Saturday, February 26, February, a special concert dedicated to National Independence in the Eduardo Brito hall of the National Theater in Santo Domingo.

The Leipzig German Philharmonic will perform for the first time in the Dominican Republic, within the framework of its great historical tour to different parts of the world, directed by the world-famous teacher Michael Kohler.

During their presentation, they will perform an exquisite repertoire with the best of Ludwig van Beethoven, paying tribute to mark more than 250 years since his birth. Beethoven was born in late 1770, but the exact date is unknown. The composer was baptized on December 17 of that year.

While the Cibao Symphony Orchestra, directed by maestro Ruddy Capellán together with the German Philharmonic, will govern the themes of the symphonic Perico Ripiao, with the participation of artists Krisspy, La India Canela, El Prodigio, and Robert Liriano.

The arrangements and orchestration of the typical symphonic themes were made by teachers Deivy Landestoy and Ruddy Capellán. Capellán stands out for being the first Dominican invited to conduct the Beijing Symphony in mainland China.

Where can we buy tickets ?
Where is located the Amphitheater of Puerto Plata?