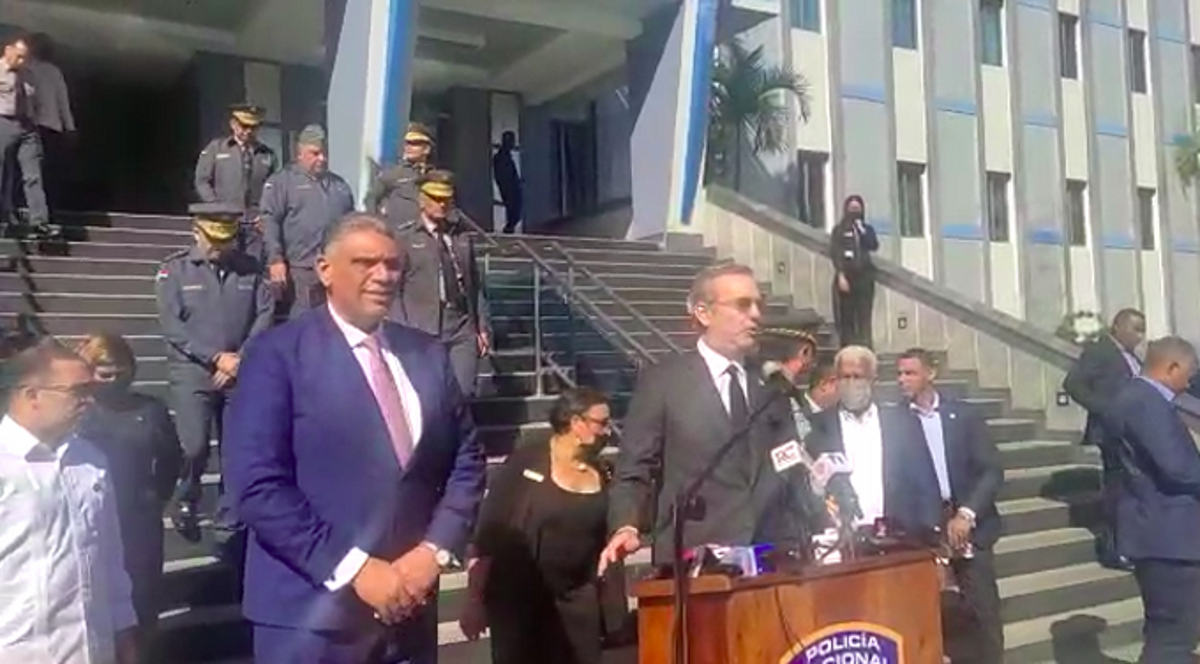 Santo Domingo, DR
President Luis Abinader suspended his activities scheduled to be held in the interior of the country this Thursday and called for an emergency meeting of the Economic Cabinet at 2:00 pm to take extraordinary measures concerning the effects of the conflict between Russia and Ukraine, following the decision of the Russian government to invade Ukraine.

Those special measures will be announced on February 27 during the accountability speech.

“Today we are seeing the largest military operation in Europe since the Second World War…this situation goes beyond the price of oil, which today in the market is already over 100 dollars a barrel, but it is also affecting most of the raw materials, especially what has to do with the production of food such as wheat, soybeans and corn”, said Abinader.

The head of state said that this war conflict would cause a “special” economic crisis that can affect “drastically” the world situation.

“We came out of the pandemic, the pandemic created a disruption in the channels of distribution and distribution that has created a worldwide inflation and this is now going to worsen with this military crisis that will obviously create situations in all the prices of raw materials, commodities, oil, as we are seeing today,” added the President.

He called on the Dominican people not to worry.

Abinader exclaimed that the Dominican people “can trust” that the authorities will respond to the crisis “within their possibilities” and call on them not to worry but pay attention to what happens in this conflict.

“But at the same time, we must remain calm, our activities that the economic recovery of the free zones, construction, tourism must continue,” added the President.

He will speak about the war conflict this afternoon.

The President said he was dismayed by the human losses caused by the armed conflict and that he would be speaking about the “armed aggression this afternoon.”

This Thursday, after Russian President Vladimir Putin announced a “military operation” in Ukraine, the markets plummeted, and oil prices soared above 100 dollars.

Abinader’s statements were made after leading a meeting of the police council at the National Police Palace.

It will be interesting if money comes before morals. Will they restrict Russian aircraft? I doubt it.

I would suggest something more than words from Pres. Abinader a restriction such as you suggest would be good. Denying aircraft departing from mother Russia entry into the RD would speak more than words. It would not deny the entry Russian tourists. Yet, it would inconvenience them to find alternatives. The message would cause more Russians to question the actions of Putin and also deny Russian aircraft and chartered aircraft the revenues from the international routes between the two countries.

I recommend Ukraine to be neutral. Do not ask for trouble with a military power. Just accept your new reality and don’t drag the rest of us to the NATO hole you want to jump into!!