A Dominican woman makes her way into U.S. politics 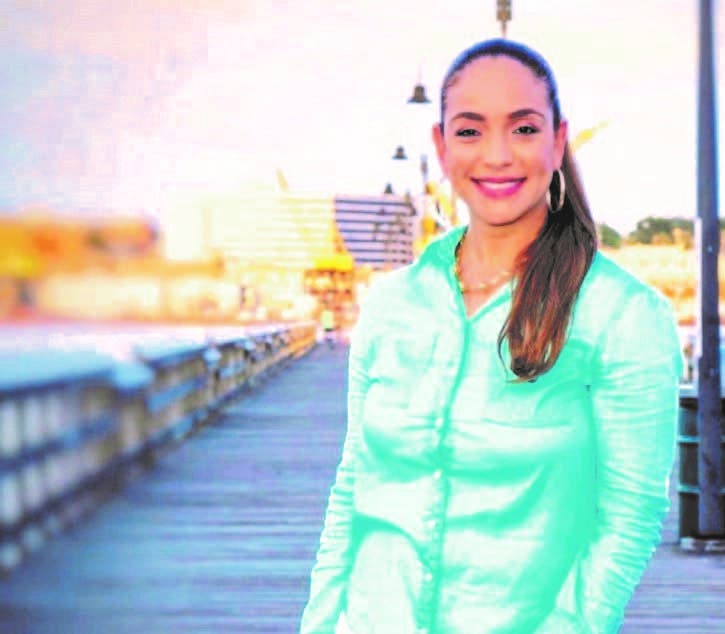 The footprint and influence of the Latino community in the United States are increasingly influential. An example of this is the participation of Latinas in U.S. politics.

And in this current, there is also an important Dominican representation. Such is the case of Jocelyn Rosario, who last November became the first Latina to win the election for City Council in New London, Connecticut.

Like most Latinos, Jocelyn immigrated to the United States in 2002 to New York City, where she began a new stage of her life with her husband, Jovanny Rosario, who was her boyfriend.

“Like any beginning, it was difficult to adapt to a new culture and a new language.”

She also says that she got involved in politics because of her desire to help the community.

However, fate put her on the political path in 2004 when she moved to New London, Connecticut.

She started as an employee in a company called Birk Manufacturing and joined an association called Workers for the Family Party, where she expanded her relationships with the community, which then favored her with their vote at the polls.

On the Democratic Party ticket, he won the seat with 80 percent of the vote and became “the voice of the voiceless.”

“I can’t have favoritism, I have to work for everyone equally, but obviously since I have Latino blood, I have to look out for my community in a special way,” says the councilwoman.

Yet, these are not the only skills she has because she is also part of a Latin orchestra where she is currently a vocalist.

But, really, her connection with the community began with her passion for helping the community, which involved her in many works as a volunteer at Saint Mary Star of The Sea Catholic Church, where she is also part of the music ministry.

She is part of the Dominican Association of New London and most recently is a member of the Connecticut Working Families Party. She has been a Democrat since her beginnings as an American citizen in 2010.

Mother of one daughter
Together with her husband, Jovanny Rosario, she has a daughter, who is currently a teenager. “For me, my husband’s support has been fundamental in this journey; thanks to his support at home and taking care of our daughter I have been able to develop,” she says.

A little more
Born in Santo Domingo, in Santa Cruz, Villa Mella, she began working at a very early age in the newspapers Hoy and El Nacional as a graphic designer.

She studied graphic design at the UASD.

Use your new political power wisely. It is time to defend DR from its enemies in the US, Norway, UK, and Spain. Do not forget where you came from. Do not shift your attitude and thinking framework to be aligned with that of the US who sees DR in terms and concepts completely alien to DR such as race, wealth, immigration, cold war, etc.
Right now, the US is accusing DR child labor and mistreatment of foreigners in the sugar industry. Your job should be to educate the African-American coalition of the history of the island from DR’s perspective. Fail to do your job, don’t come to the island.