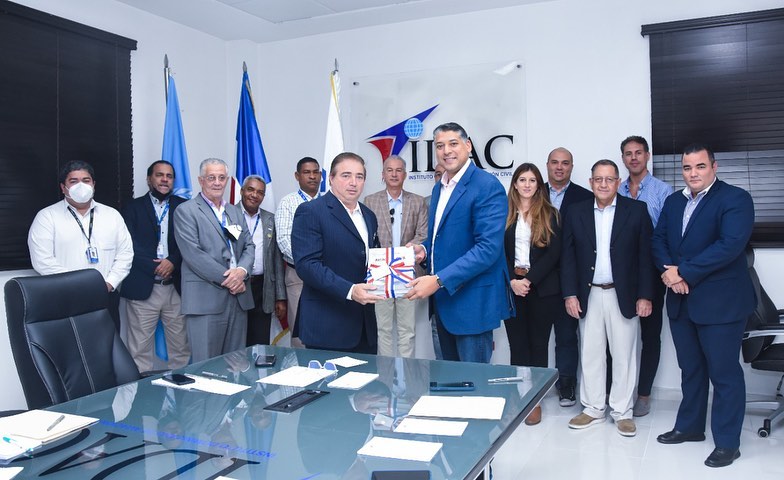 The Dominican Institute of Civil Aviation ( IDAC ) delivered the registration certificate of the Boeing 737 Max 8 aircraft to the Arajet airline aircraft, registration HI1026, authorization that guarantees that the aircraft mentioned above will be able to start its operations.

The interim general director of the IDAC, Héctor Porcella, delivered the certification to Victor Pacheco Méndez, President of the airline, which is scheduled to be officially launched following Monday, March 14, 2022, at 10:30 in the morning at the Airport of Las Américas ( AILA ) through gate B4.

The event will be headed by the President of the Republic, Luis Abinader. It will be attended by directors of civil aviation and tourism entities and several of the leading executives of the Boeing Company and international investors.

The Dominican airline reported that the plane, with a capacity for 189 passengers, landed at the AILA last Thursday at 12:00 noon, since all the test flights were completed in February in the state of Washington, in the United States.

“The plane left the city of Seattle on a direct flight to Las Americas of about 7 hours, piloted by Raúl Piña (Dominican) and Gustavus Viljoen (South Africa),” they add.

Pacheco Méndez said that “we are getting closer to realizing the dream of all Dominicans of having a flagship airline that connects us to the main destinations in the region, with the best prices on the market and also with new state-of-the-art aircraft. generation, which in this case will be manufactured by Boeing.”

He explained that at the launch event, it would be announced which destinations Arajet will initially be flying and which other destinations will be gradually incorporated as 2022 progresses.

In addition, it is expected that the start date of the airline’s operations will be announced since now the planes that are arriving will have to exhaust a series of Dominican regulatory procedures and the start date of air ticket sales.