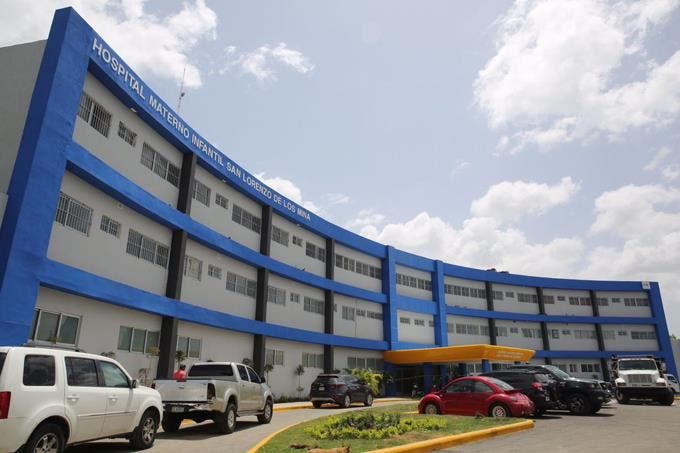 This population consumes the greatest amount of resources, said the director of the center, Dr. Leonardo Aquino.

Last year there were a total of 2,485 births of foreign nationals, 1,567 vaginal deliveries, and 918 cesarean sections, representing 46.2% of attendance at the center.

So far this year 2022, between the months of January and February, at least 524 deliveries and 180 cesarean sections have been performed in this population, said, Aquino.

The Haitian parturients also arrive with cardiovascular diseases, diabetes, severe malnutrition, sexually transmitted diseases, some are adolescents, and there are language barriers and psychiatric disorders, said the official.

For the authorities it is important to note that as a result of all the comorbidities with which the foreign patients arrive, they lead to prematurity, with all the consequences derived from it, which increases the high rate of admission to the neonatal intensive care unit, contributing to perinatal morbimortality.

Access is not limited
“Our center has no limits for the care of users, regardless of ethnicity, race, social status, creed, or nationality,” Aquino assures.

She insists that foreign parturients are attended with a high degree of humanity, quality, and warmth of health services. This is demonstrated in the achievement of the processes, in the thousands of admissions to the whole society and from which the patients who seek services do not escape, regardless of nationality.

But it is necessary to take measures

Costs assumed by the State
The foreign parturients, contrary to the Dominican citizens, do not have medical insurance, they have no money, but this has not prevented them from receiving the necessary care, and in view of the morbidity conditions in which they arrive at the hospital San Lorenzo de Los Mina, the center has been forced to make excessive expenditures of resources to meet the needs of this population.

This is UNACCEPTABLE!!! DR continues to inject more foreigners into DR. Just in this hospital alone, it is projected to have more than 3,000 foreign born.
The government hates Dominican Republic. The government continues to convert the population (identity and culture) to be under the political influence of the next door country.
It is time to overthrow this democracy for the sake of the Dominicanity and concept. We need an extremely nationalistic government who is not afraid of purging out the mistake of this destructive democracy and restore the Dominicanity.
No more human rights for an illegal invasion. No more anti-Dominican in power of this country.
Rebel and stop the annexation of the island by the next door country!