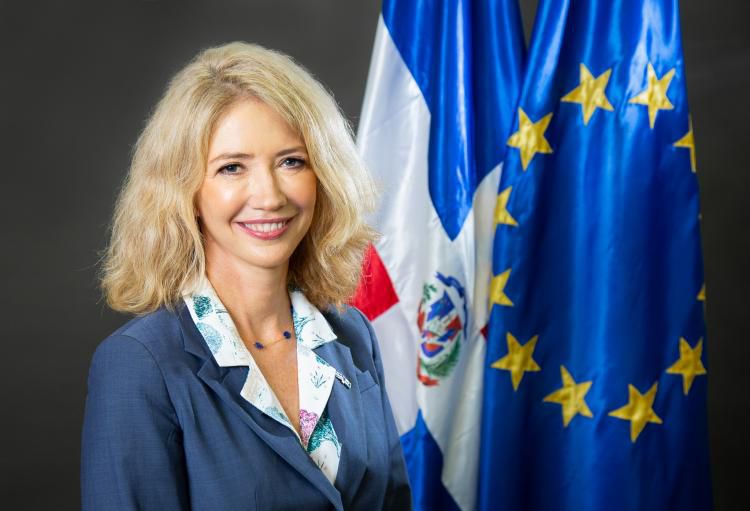 Before the announcement from the Dominican Government of a series of measures that guarantee lodging, food, local and international transport, and telecommunications to the Ukrainians who are stranded in the country as a result of the armed conflict that their nation is experiencing, the ambassador of the European Union in the Dominican Republic, Katja Afheldt, highlighted the generosity of the Dominican people.

“The generosity with which the Dominicans are receiving the Ukrainians who stay here, the tourists from Ukraine, seems to me to be typical of the Dominicans, who are a friendly, open and very generous people,” she said.

She also valued the statements of President Luis Abinader condemning the military invasion carried out by Vladimir Putin against Ukraine, pointing out that the Russian president’s actions show that he does not respect the identity of the Ukrainian people in all its aspects.

“We had thought that war was something that was not going to be repeated on our continent, but today we know that this is not the case because of Russia’s aggression against Ukraine. I have been very impressed by President Abinader’s unequivocal statement rejecting the aggression, the war, completely useless, it is not justified by anything,” Afheldt said.

It is recalled that the Tourism Cabinet established concrete actions, in the short term, to manage the situation of Ukrainian residents who were tourists in the Dominican Republic at the time of the start of the armed conflict in said country.

In that sense, they located available rooms in Puerto Plata, where hotels will be applying a solidarity rate for 15 days to residents of Ukraine who are visiting the Dominican Republic, in the period from January 1 to March 2022, according to National Awakening.

The said rate would cover food and lodging expenses, which the Dominican Government will cover through the Ministry of Tourism ( Mitur ).

why? Ukraine is not a EU member country.

Haha man Iam as confused as everyone I feel like EU created this problem for the Ukrainians they played with Putin and the shit just backfired completely, I feel bad for the Ukrainians but we’re was all this media coverage when Nato is killing kids in the Middle East hitting them with drones … idk man idk 🤷🏽‍♂️