Puerto Rico needs Dominican labor for reconstruction of the island 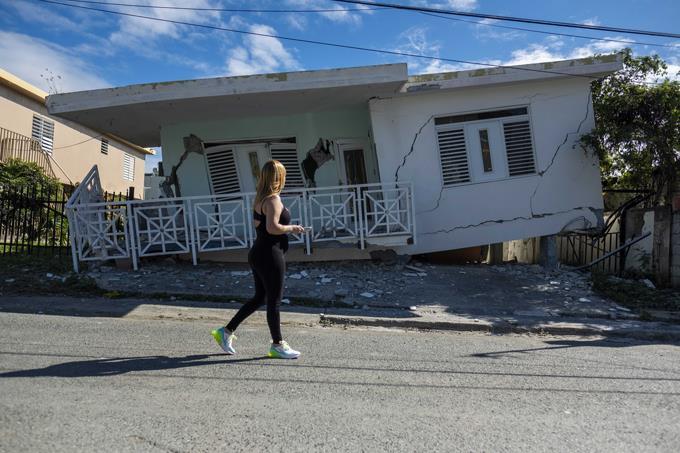 This Tuesday, the Government of Puerto Rico presented the island’s economic opportunities to Dominican businessmen in a virtual seminar. However, it insisted on the need for Dominican labor for reconstruction projects.

Officials from Puerto Rico and the Dominican Republic and more than 40 businessmen addressed the Puerto Rican recovery and reconstruction process after the disaster caused by Hurricane Maria in 2017.

According to a government statement published today, Pedro Pierluisi’s administration offered an x-ray of the nearly 2,000 construction projects on the island, which include housing, infrastructure works, energy, and commercial incentives.

The Secretary of State, Omar Marrero, explained the efforts of the Puerto Rican Executive to speed up the reconstruction process after the allocation of federal funds amounting to 85,000 million dollars, which he described as a “historic opportunity.”

“In order to achieve an effective execution, it is necessary to recruit all the capacities to advance the reconstruction, including from other jurisdictions that range from labor, construction companies, materials and heavy equipment,” Marrero pointed out.

The involvement of Dominican companies in these projects is facilitated by an agreement last December to strengthen commercial, cultural, sports, and cooperation relations, among other areas of mutual interest.

The secretary of the Department of Housing, William Rodríguez, stressed that thanks to federal funds, Puerto Rico is seeing “an acceleration in construction and will require the construction of new homes.”

“The construction industry was reduced for a period of 10 years, but now we have to carry out the construction work within the terms provided by the federal government,” Rodríguez told the Dominican businessmen.

Meanwhile, the executive director of the Central Office of Recovery, Reconstruction and Resilience (COR3), Manuel Laboy Rivera, pointed out that there are 2,000 projects in the process of auction or construction, for whose execution there is not enough workforce throughout the island.

“We are in an unprecedented moment regarding economic opportunities and the Dominican Republic can help us speed up that work,” said Laboy.

Francisco Berríos Portela, director of energy policy at the Department of Economic Development, explained that the island has some 4,000 workers in the renewable energy industry but that 16,000 are needed to meet the proposed goals.

Hey puertorico is a beautiful place and we will love to help our brothers there!

But to make sure they pay the Dominican people fairly for their work en mi isla. Aside from that, what are the requirements for Dominicans to be eligible to travel to Puerto Rico and do the work? Alguien sabe?