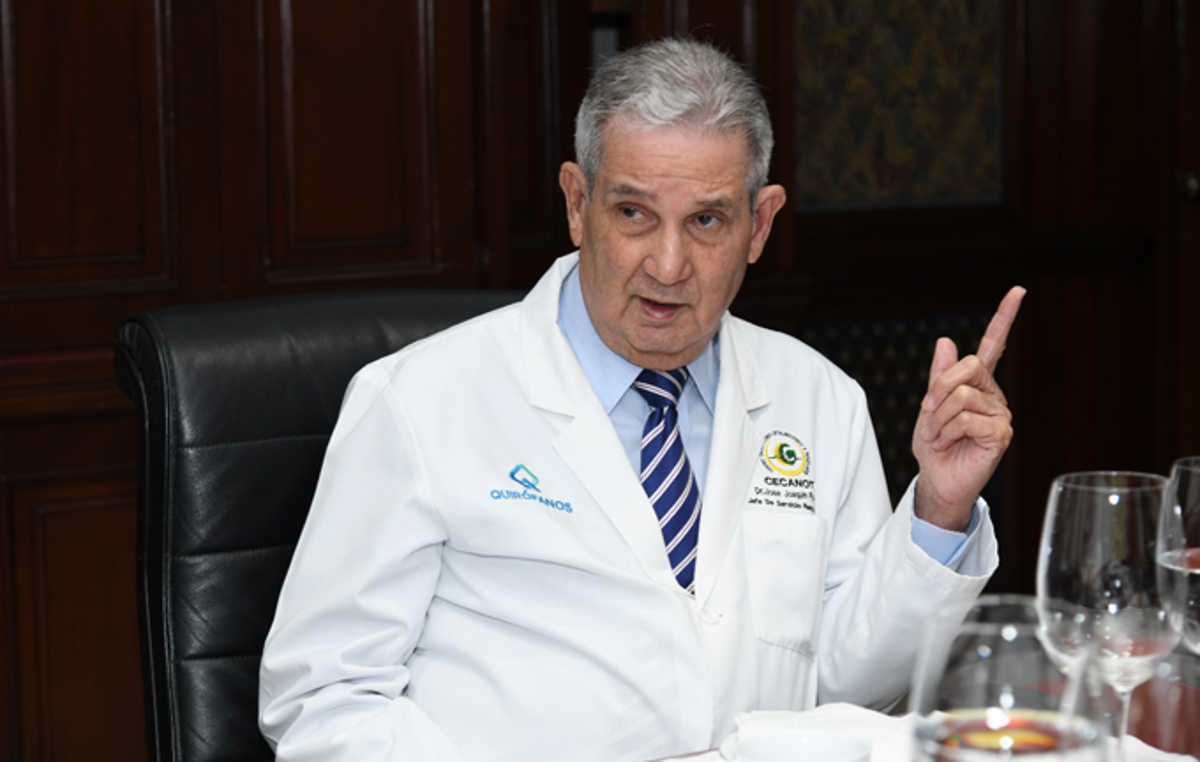 He says that coronaviruses are an extended family and coexist with populations.

Although Covid-19 maintains a low incidence in most countries, including the Dominican Republic, neurosurgeon José Joaquín Puello, a scholar on the subject, recommends following active surveillance because coronaviruses are an extensive family.

“The corona (crown) is a family that will live with us for life, we already know things that we did not know before. We know that a significant number of animals are vectors of the coronavirus, including common animals such as serfs and hamsters, and it was even found in the tiger, the leopard, among others,” he pointed out.

We also know, Dr. Puello added, that the main vectors during the omicron wave were possibly mice, and that is why it spread so quickly throughout the world.

Microangiopathy
Interviewed by Listín Diario, the renowned neurosurgeon, said that, despite the low incidence of the virus, the keyword is caution, which is why he invites people to continue taking care of themselves by wearing a mask, especially in places, such as hospitals.

Understand that you must be vigilant if there is a regrowth due to any other new variant that appears.

He said that as a result of Covid-19, cerebrovascular diseases increased because it is a disease that is not pulmonary but is defined as microangiopathy with micro thrombosis.

“It is also already known that it is not only pulmonary but of all the organs of human beings, affecting the heart, brain, lung, liver, kidneys, intestines, among others,” he pointed out regarding the scope of the Covid-19 disease.

Temporarily expired
Dr. Puello pointed out that the BA2 subvariant of the omicron that has been circulating has not caused major behavioral complications in the population, so it can be said that the pandemic has been temporarily overcome.

He said that the same behavior is observed in other countries. “There are many countries where restrictions no longer exist, but as a doctor, I think that one should continue to take care of oneself. Some people do not use the mask, but I use it, especially when in meetings in closed places.

He understands that outdoors, the possibility of contagion is minimal so that people can walk without masks in open spaces.

He is saying “don’t let your guard down”. Don’t become unconcerned. It is good advice.