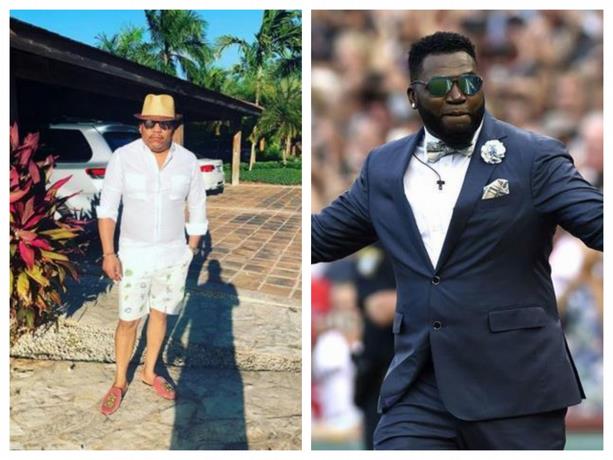 David Ortiz case: Whatever César Peralta may be, he does not have the remotest link to this,” said Pérez

Santo Domingo, DR.
Joaquín Pérez, the lawyer of César Emilio Peralta, known as César el Abusador, denied that his client had anything to do with the attack against David Ortiz, which occurred in June 2019, as has been pointed out by the investigation carried out by Ed Davis, former Boston Police commissioner and which was published by the Boston Globe newspaper.

Perez’s statements are collected in a press dispatch of AP’s international news agency.

As much as Cesar Peralta may be, he does not have the remotest link to this,” Perez said, according to AP.

“Ortiz assured the Boston Globe that he knew Peralta casually and that he reacted ‘sad, confused, angry, with all kinds of emotions’ upon learning of the report by Davis and Ric Prado, a former high-ranking CIA official who participated in the investigation,” the story said.

The information published in the Boston Globe denies the version of the Dominican authorities, who assured that the shooting where David Ortiz was wounded was confusion and that the “target” of the attack was Sixto David Fernández, who was sharing a table with the former Red Sox player when he was shot.

At the time, the Attorney General’s Office and the National Police indicated that the assassins mistook Fernandez for Ortiz.

According to the Boston Globe, Cesar the Abuser tried to assassinate David Ortiz because he was jealous and felt “disrespected,” indicating that the Dominican authorities protected Peralta because “many people in the government were going to fall.”

Another piece of information detailed in the investigation in charge of Edward Davis is that when he requested the collaboration of the National Police and the former Attorney General Jean Alain Rodriguez for his investigation, both refused to cooperate.

It also states that two months after the attack, Rodriguez called Ortiz and asked him to “make a public statement supporting the theory of mistaken identity.”

According to former Major League Baseball spokesman Joe Baerlein, this information was withheld to safeguard Ortiz’s safety until Peralta was in federal custody.

Cesar Emilio Peralta is being held without bail in Puerto Rico and faces conspiracy charges to import cocaine and heroin.

The U.S. Treasury Department indicted Peralta as a drug kingpin in 2019, and he was extradited to the U.S. territory in December.

And so is democracy and corruption: They are very good friends too!

this is my friend Caesar the Abuser. this is my other friends Vlad Putin…PLEEESE!!