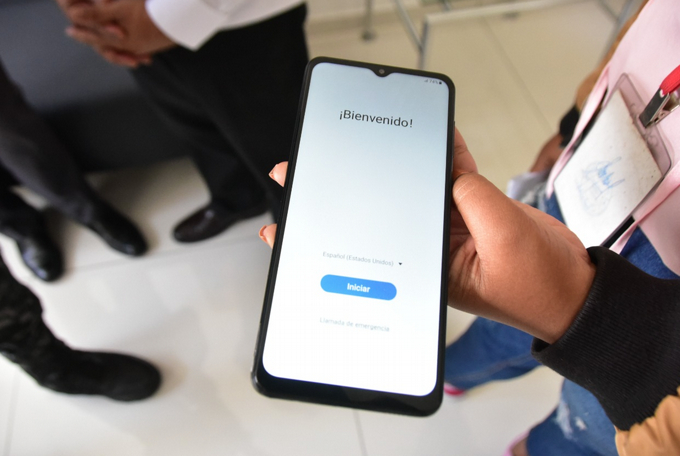 Santo Domingo, DR
After deleting the files that recorded Monday’s incidents, the General Directorate of Transit Security and Land Transportation (Digesett) returned to this newspaper the camera and cell phone that were taken by its agents at the vehicle holding center located in the former El Coco Canodrome, where the Ombudsman was assaulted.

However, the cell phone had the videos and photographs taken by journalist Lourdes Aponte, recording the aggressions of the traffic agents against the press and the Ombudsman, erased.

The Ombudsman, Pablo Ulloa, and a team of journalists from the Listín were attacked at the Canódromo, the vehicle holding center run by Digesett.

Ulloa went to the place to inspect the conditions and the work carried out by the institution, following several reports on the conditions in which the center operates published by this newspaper.

The cell phone was formatted.
The equipment was handed over by Colonel Iván Matos, Digesett communications advisor, accompanied by journalist Roberto Valenzuela, in charge of Public Relations. Matos said he was unaware of the deletion of the cell phone’s contents.

The device was delivered to this newspaper formatted.

The Digesett also did not answer the Apple Watch of photojournalist Raúl Asencio, which was also taken from the reporter during one of the scuffles on Monday.

Even though he was carrying out his constitutional duties, Ulloa was denied entry, unleashing an altercation in which members of the press and the Ombudsman’s office were physically assaulted and several works and personal instruments of the assaulted were appropriated.

Specifically, Digesett agents took the camera of photojournalist Raúl Asencio and his smartwatch; a cell phone used by journalist Lourdes Aponte; and the camera of CDN cameraman Víctor Olivo.

In the face of these transgressions by “law enforcement agents,” the Digesett limited itself to issuing a short communiqué in which they “regretted” the incident, but where they also tried to justify the fact that they denied entry to the Canódromo to Ulloa, alleging that “there was no prior notification” of their inspection.

On Monday afternoon, Digesett replaced the person in charge of the vehicle retention center, colonel Ysabelita de los Santos Perez, and in her place was colonel Hipolito Rijo Santana.

Legal opinion
Legal expert Felix Portes explained that according to Article 267 of Law 63-17 of Mobility, Land Transportation, Transit and Road Safety, when Digesett agents determine that a driver is not carrying the corresponding motor vehicle insurance policy, they would retain the vehicle until it is acquired or renewed. They may also retain vehicles that are displaying expired provisional license plates.

I guess what this is saying is that Amet or Digisett (or whatever name they will reinvent themselves as) is only interested in revenues and not road safety. We have all seen them. Standing around in places where there is little to no congestion, staring at their cellphones, awaiting the unlucky motorcyclist who without breaking any “driving” law gets pulled over to check papers. Usually, the darker you are, the more they detain you.

In the meantime, a block or 2 away, traffic chaos is taking place at an intersection, with “driving” infractions taking place by the second, but they all but turn a blind eye to that.