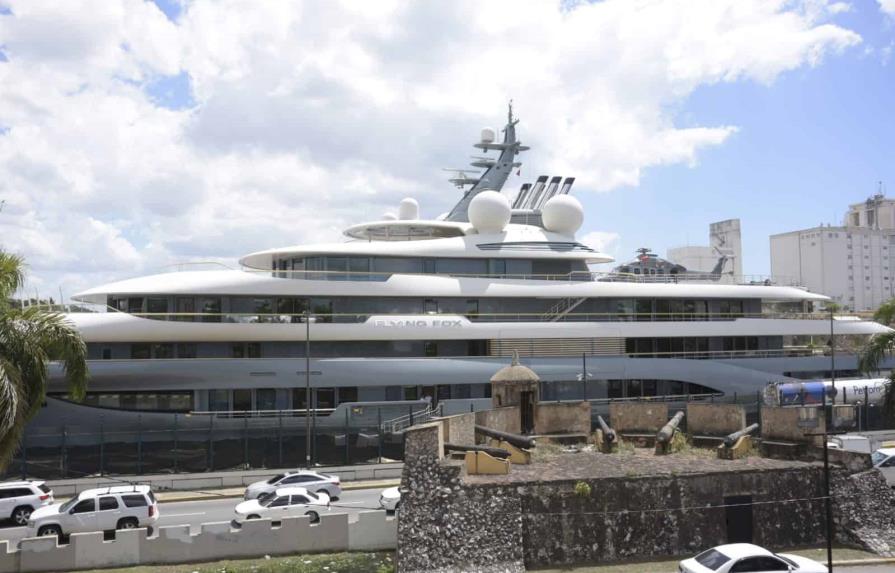 The Flying Fox has been docked in Santo Domingo for three weeks now. Image: diarolibre.com

Santo Domingo.- Two weeks after the Public Prosecutor’s Office raided the Russian-owned luxury yacht Flying Fox, which has been anchored at the Don Diego terminal in the port of San Souci since March 21, both the Dominican authorities and the vessel’s crew members have maintained absolute silence.

When Listín Diario reporters visited the port, they could not see anyone on deck, unlike in previous days.

When they tried to inquire about the status of the crew members, port security agents denied them permission, as they did on the day of the search carried out by the Public Prosecutor’s Office.

On April 1st, the yacht was searched by agents from the Public Prosecutor’s Office, Customs, armed forces, and some personnel from the U.S. Homeland Security Investigations (HSI). This was part of their investigation “into alleged money laundering and arms trafficking”.

While the Dominican judicial agencies are maintaining tight secrecy about the results of their inspection, public speculation on this issue also continues.

The role played by the United States in this process is the element that has aroused the most suspicions about the raid.

According to the Public Prosecutor’s Office, the US “has an open investigation against several targets engaged in money laundering on an international scale”.

Therefore, the warrant authorizing the prosecuting body to search the yacht is based on formal legal cooperation with the US, in accordance with the international agreements signed by the Dominican Republic to fight crime.

The yacht’s presence in the port has attracted the interest of dozens of onlookers, who come to take pictures of it, causing traffic jams along the port avenue.

The boat, which is owned by Russian oligarch Dmitry Kamenshchik, has been docked in the area for more than three weeks and continues to attract the curiosity of foreign visitors, as well as Dominicans.

It seems the oligarch no longer has control of his vessel. The longer the yacht stays in port would point to there is some sort of ghost international pressure to detain it. Suppose the wait is because of the working out the legal and logistical matters to seize the vessel, especially who will be compensating the port of Santo Domingo for all sorts of port fees it is acquiring, supplies, services, and how the ship’s crew will be taken care of.

. This is clearly THEFT. You can’t make everythign political! smfh

DR will pay the consequences for acting on behalf of a gang (NATO) against a client that supports Dominican tourism.
We will make the pldprdprm pay for this!