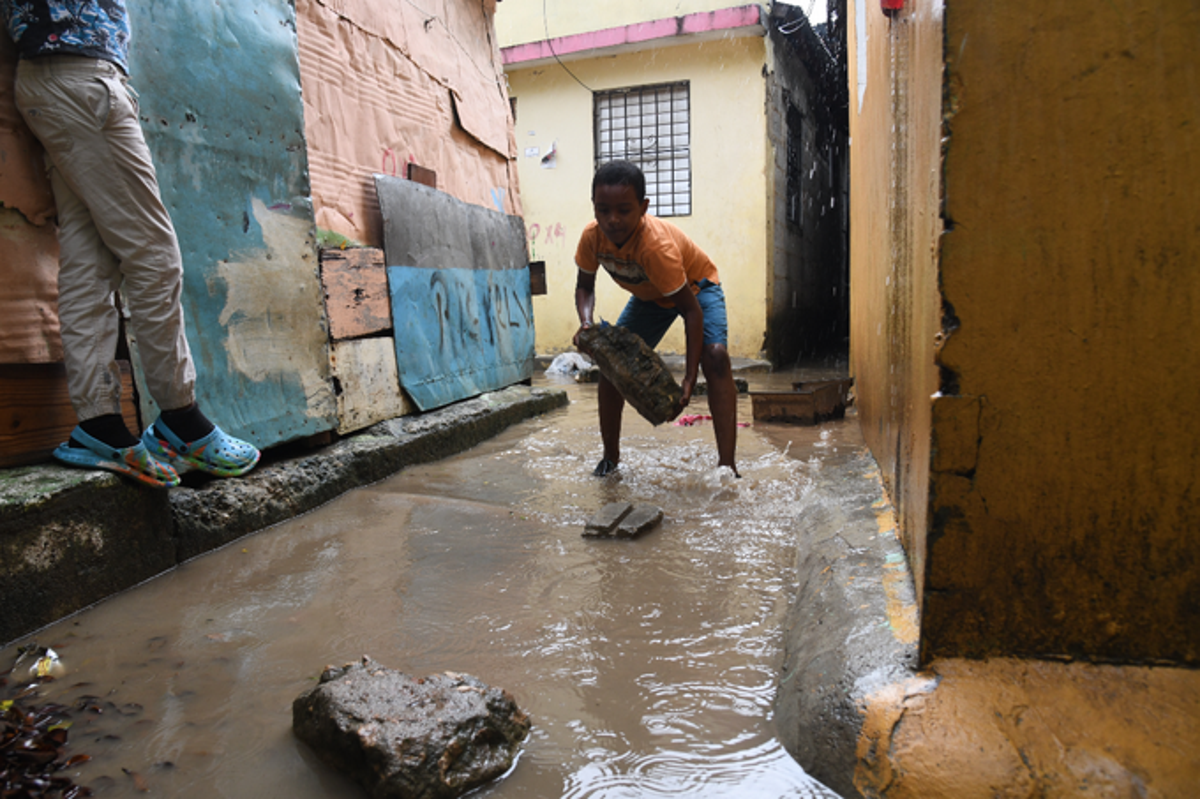 The warnings are to prevent sudden urban and rural flooding from affecting lives and property. RAUL ASENCIO/LD

The residents of “El Dique” have criticized that supposedly members of the Civil Defense approached and left without informing them.

In the “El Dique” neighborhood of Santo Domingo Este, its residents show deep concern about the heavy rains that have hit the country in recent days.

“I feel that this is going to fill up again, when two drops of water fall here, people have to pick up their rags,” explained Carolina Pérez Ramírez.

In this place, there are already spaces, and to cross, you must put pieces of concrete to go from one end to the other.

Joan, a 10-year-old boy, told reporters from this newspaper how he does it when it rains to get to his school and eat his bread.

“I put the notebooks in a bag inside the backpack, along with my school shoes and I put on some flip-flops, and when I get to class I get ready again,” explained Joan.

Other contemporary minors with Joan delve into the brown waters, whose color alone betrays the contamination they possess.

For his part, Don Francisco, 86 years old and one of the most senior community members, said that “I have seen this worse; for me this is not much compared to how it used to be.”

The residents of “El Dique” have criticized that allegedly members of the Civil Defense came to observe on Friday the 15th and then left without informing or providing guidance to the citizens.

Ciénaga and Guandules
The Ciénaga and Los Guandules sectors seem to be “calm” in the face of frequent rains due to a trough.

The river that carries the lilac flowers, whose roots cling to and entangle the garbage and debris, is currently of “no great importance” to residents, as those closest to the riverbanks have been evicted by the project. “River Walk,”

What has more notoriety is the quagmire concentrated in these neighborhoods’ streets.

In the distance, you can see the small room of Mrs. Felipa Nolasco, 94 years old, and a neighbor in this space is welcoming her; precariousness is the reality of the elderly. When the eviction notice papers were left on her doorstep with no explanation.

A neighbor with a little more knowledge was the one who put Felipa in context, who is currently homeless and has not been granted the amount corresponding to her home, nor does she have the resources to survive and thanks to the charity and kindness of their neighbors remain standing, and the Executing Unit for the Collection of Neighborhoods and Environments has not yet given them an answer.