Industrialists say there is a good investment climate in the country 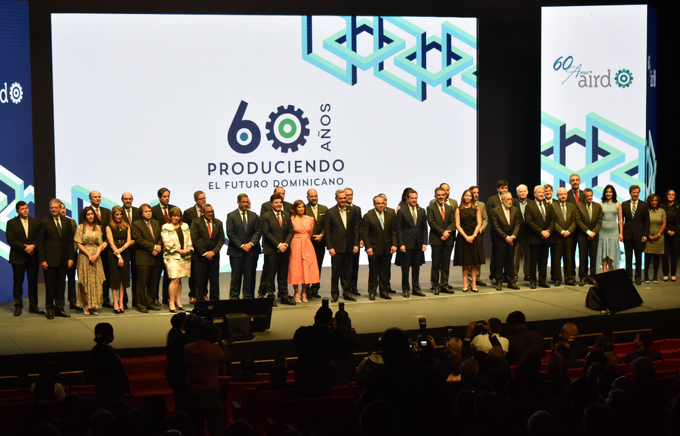 President Abinader led last night the act of the 60th anniversary of the Association of Industries of the Dominican Republic (AIRD). JORGE CRUZ/LD

President Luis Abinader led the act of the Association of Industries of the Dominican Republic (AIRD) for the celebration of the 60th anniversary of its foundation.

There, the president of the AIRD, Celso Juan Marranzini, thanked the Abinader government and previous efforts for creating a climate of “political and economic stability” that has allowed development in the country’s industrial sector.

“Thanks to the current government of President Luis Abinader and to the previous ones who have supported industrialization, in an environment with political and economic stability that has allowed the country to move forward. The industry has decisively contributed to this stability through quality jobs and contributions to the treasury to finance the tasks of the State,” said Marranzini when pronouncing the main words of the act.

The activity was also attended by officials from the highest level of the government and a significant representation of industry leaders who have stood out for their contributions to the industrial cause in these six decades and congressmen, diplomatic representatives, and media communication.

“We tell this story with pride, but we want this to be something more, an impulse to restart renewed, all allies, industry, government, collaborators, society, facing an achievable purpose: to be an industrial power in the region,” Marranzini said.

In the activity, a timeline with milestones in the history of the AIRD was exposed with animated videos. This production was conducted by Circe Almánzar, executive vice president of the entity. The audiovisual contains testimonies from José Manuel Armenteros, José Vitienes, and Celso Pérez, who highlighted the initial years of the institution. In addition, Celso Marranzini and Carlos Fernández highlighted elements of the transition to an open economy, and Julio Virgilio Brache, Roberto Despradel, and Richard Arostegui expressed what this opening meant.

LEARN MORE
Role of the sector
Economist Rolando Guzmán spoke of the role of the private sector in the 1970s and 1980s, highlighting the leading role of the AIRD in production policies.

The event
The event to commemorate the “National Industry Day” and the AIRD’s 60th anniversary was held in the Carlos Piantini room of the National Theater.

Ah yes a white american with a million dollars is watching the dr’s news.

Did you know that Bhutan will receive a group of 34 tourist on Saturday ?
Stup*d Haitian.