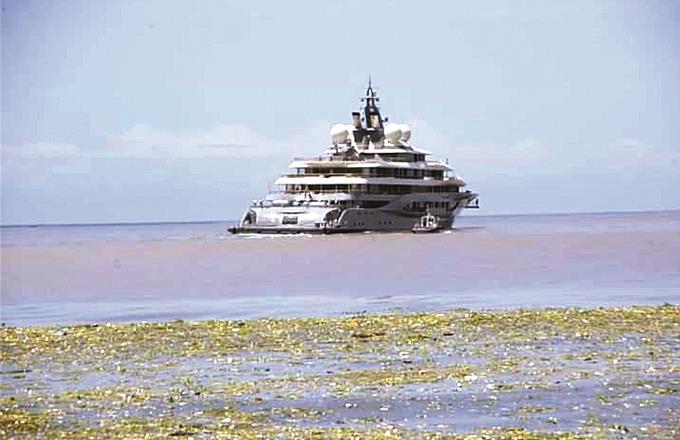 The luxury yacht set sail after a month in Port Don Diego.

The luxury yacht Flying Fox, which after a month in the Port Don Diego in Santo Domingo, sailed with an unknown destination, leaving in doubt who its occupants were/are and the reason for having anchored in the Dominican Republic, in addition to an investigation of the Public Ministry about three weeks ago for alleged illicit trafficking of weapons.

This Friday, around noon, part of the port personnel informed reporters of this media that the Flying Fox had left around 10:00 a.m. and that they did not know where to. The Public Prosecutor’s Office only confirmed the vessel’s departure.

As revealed by Forbes magazine, the boat is linked to Russian tycoon Dmitry Kamenshchik, who owns Moscow’s Domodedovo airport in his country. Flying Fox is one of the largest yachts globally and can accommodate 25 people.

On March 25, agents of the US Homeland Security Investigations (HSI) and other Dominican agencies, such as the Directorate General of Customs (DGA), paid a visit to the ship without any information about what happened inside. However, a week later, on April 1, the yacht was seized by several Public Prosecutor’s Office agents.

DR had no legal right in holding the ship…

0
Reply
Ala
Reply to  alfredo

Why? DR has the same rights to turn on sanctions as every other country. The problem is that Russians invested billions of dollars in DR and DR politics

1
Reply
alfredo
Reply to  Ala

Cause the US says so??…your reasoning makes no sense…

0
Reply
ala
Reply to  alfredo

no. because Russian army attacked Ukraina and now are doing things you even can’t imagine. Try to think wider than your nose exist. So restrictions should be for every Russian people all over civilized world. Oh, wait… In DR only bribes are functioning perfectly.

Not informative enough, The ship left port, so what, maybe a Russian thing, so what again. Can someone do some real reporting?

Well, as of Sunday the 24th the vessel was north of Cape Haitian and south of the Turks & Caicos traveling in a NE direction. Mediterranean to fulfil charter obligations ?