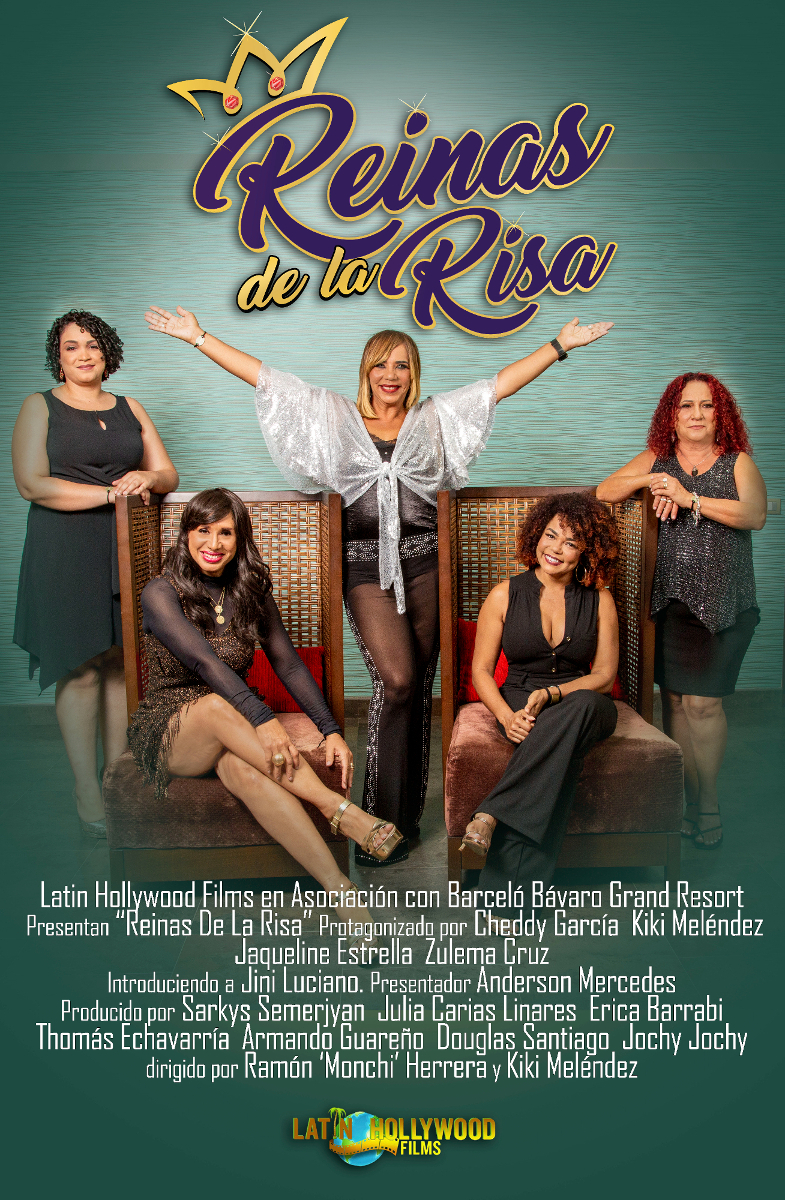 Hollywood, CA, May 3, 2022– Latin Hollywood Films announced today that Color Vision would air the comedy special Reinas de la Risa (Queens of Laughter). The show is the first stand-up comedy with an all-female cast and will air on Saturday, May 28 at 8 pm, celebrating Dominican Mother’s Day weekend.

Reinas de la Risa is a production by Latin Hollywood Films, a company led by the prolific Kiki Melendez, who has a prestigious track record of successes that includes the TV shows Kiki Desde Hollywood on Galavisión; Hot Tamales Live on Showtime, Locos Y Contentos on Estrella Tv, the Journey of A Female Comic movie currently airing on Peacock NBC TV, FYI Network’s Kiki Mobile and many other projects in development. Reinas De La Risa is one of five projects filmed by the production house this year in the Dominican Republic.

The show was taped at the Barcelo Bavaro Grand Resort in Punta Cana and features one of stand-up comedy’s most impressive cast—Jacqueline Estrella, Zulema Cruz, Cheddy Garcia, and creator Kiki Melendez. The show also introduces Jini Luciano, a new talent who won a star search held through Santo Domingo Comedy Club to participate in Reinas de La Risa. The show is hosted by the great actor Anderson Mercedes, and it was co-directed by Monchi Herrera.

The airing of this show is historical in nature as it uniquely brings women to the forefront of comedy.

“This is a worldwide problem that propels me to create vehicles that contribute to change and give visibility to the exceptional women that exist in the comedy industry. I did the same in the United States with Hot Tamales Live and I plan to continue doing it,” reiterated Kiki, creator, and CEO of Latin Hollywood Films. Hot Tamales Live is a multicultural women’s comedy special that aired from 2009 to 2011 on Showtime and was part of the famed HBO Comedy Festival in Las Vegas in 2007.

Reinas de la Risa was recorded as part of a trifecta of specials ordered for American television and ended up “sneaking in” in the process when Kiki Melendez came up with the idea.

“This show inspires women and is a gift that celebrates the power we have on stage,” said Jaqueline Estrella.

Zulema Cruz said that “it was an honor to participate in this project and be part of something so necessary for female comedians.” The great Cheddy García added that it is “incredible how good everything comes out when women come together for a goal greater than ourselves.”

Kiki Melendez and the rest of the cast are available for interviews.