“At that time he was sleeping,” says defense attorney of the private involved in the death of David de los Santos 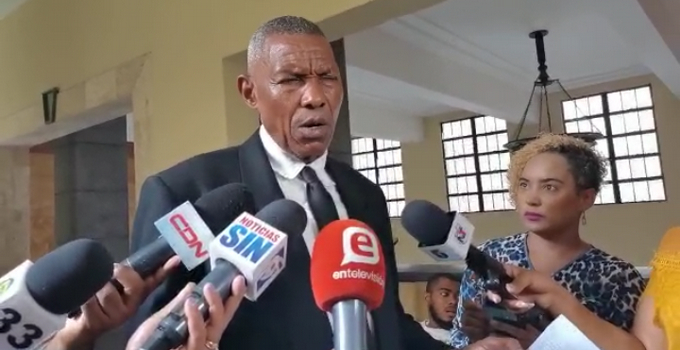 Santo Domingo, DR
“He did not realize it because at that moment he was sleeping,” were the words of Heriberto González, defense lawyer of Private Sari Manuel González García, imprisoned for his alleged participation in the death of young David de los Santos.

According to the lawyer, his client has no reason to be detained because, at the moment when the deceased was brutally beaten, he was asleep inside the police station.

When questioned by members of the press as to whether at any moment the accused noticed screams or suspicious noises, the lawyer alleged the following: “Imagine, he was on duty, and when his shift was over, he fell asleep, he did not notice anything, a policeman when he delivers what he wants is to lie down and sleep.”

He also said that the Public Prosecutor’s Office has “sufficient evidence” to prove that those who lethally assaulted De los Santos were the prisoners and not the police officers on duty.

Gonzalez said that he would request pure and straightforward freedom for his defense before the court based on this argument.

This Friday will take place the hearing of coercive measures against seven accused, among them National Police officers arrested for the death of David de Los Santos.

The 24-year-old died due to the seriousness of his injuries after being arrested and taken to the police station in Naco, National District.

When David was transferred to the Dario Contreras Hospital, his family learned that he had suffered several injuries in soft areas, the neck and genitals, extreme dehydration, and a cerebral-cranial trauma.