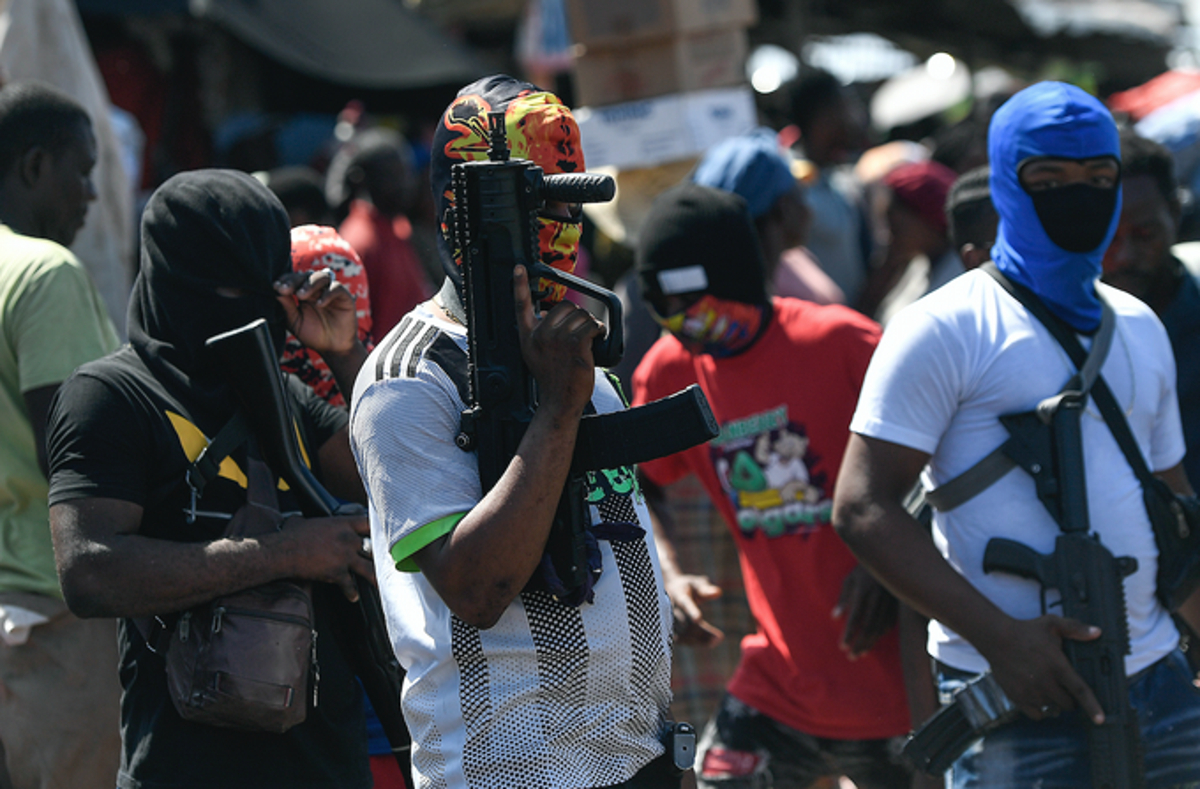 Criminal gangs have imposed terror and insecurity in Haiti with kidnappings, assaults and looting in the different regions.

Kidnappings and insecurity make many Haitians illegal in their own country because in towns like Ouanaminthe, Lemonade, Trou Du Nord, Fort Liberté, Millot, Acul de Pins, Sabane Langue, Sabane Au Laint, Gens de Nantes, and others, As soon as they see an unknown person spending the night in their places, they surround him, arrest him and hand him over to the Haitian police for investigation purposes.

Some of the strangers are beaten up by the crowds.

The Police Station in the North of Haiti argues that because many of the criminal gangs that are dedicated to kidnapping, assaults, and looting of vehicles have had problems with the leaders and other members, they have tried to escape and take refuge in towns near the Dominican border.

The Haitian Police consider it as good and validate the decision of the people to catch strangers in their communes and then turn them over to the Police for investigation.

“What happens is that we have taken serious measures against these gangs because we have reports that many who have deserted from them try to take refuge in towns near the Dominican border and others try to escape to the neighboring country (DR) and the we are trapping,” an officer from the Ouanaminthe Police anti-kidnapping unit told border reporters.

Surveillance is reinforced
While on the Dominican side, surveillance has been reinforced with new vehicles, equipment, and a more significant number of soldiers, in case of any eventuality.

Soldiers from the Dominican Army and the Specialized Border Security Corps (Cesfront) patrol the area 24 hours to ensure border security.

Haitian authorities have warned about the interest of many deserters from these criminal gangs in their country to enter Dominican territory clandestinely to avoid reprisals from their bosses and members after their desertion and the persecution of the Police and justice of their country.

Many Dominicans have begun to take precautionary measures when entering Haiti due to the increase in kidnappings and the wave of violence that plagues the neighboring nation.

Similarly, the looting of trucks, sloops, tankers, and massive assaults on bus passengers have increased.

The last of these cases occurred on the 8th of this month when a Metro company bus with twelve passengers was kidnapped by the armed group 400 Mawozo in the commune of Croix-des-Bouquets.

Measures in Juana Méndez
Since an unknown person arrives at Juana Méndez, people persecute him, analyze him, study him, see him, and pursue him stealthily. Of course, he doesn’t realize it, but they keep seeing him and, simultaneously, following all his steps and what he does in the neighborhood.

“We ask him who he is and to show his personal identity, and if not, we hand him over to the Haitian Police, who immediately beat him up to get them to talk,” said Renso Pierre, a community leader from Acul des Pings.

Pierre pointed out that since President Jovenel Moise was assassinated in Haiti, no one is safe.

“It is a chaos, a disorder that is lived in my country, it is sad to say, but we Haitians do not find what to do, we want to run and leave ours abandoned, the streets belong to criminals, serious people have no escape,” She complained.

KNOW MORE
Gang members.
In the last six months, at least two groups of missionaries have been kidnapped by gangs while they were in, arriving in, or leaving Haitian territory, as in the case of the Dominican bus, which fuels the hypothesis that the missionaries who visit the western side of the island they are pieces of an “industry” in which their lives are exchanged for money.

Military surveillance.
Yesterday, the Pedernales border market developed its commercial operations between Haitian and Dominican citizens under military surveillance to prevent the penetration of foreigners without identity documents and the entry of Haitian criminal gangs to Dominican soil.

This behavior is going to placee more stress on the Dominicans to protect their side of the border. This movement is going to make Pedernales Province a hotbed of Haitian intrusion. The development of Bahia de las Aguilas in Pedernales is proceeding and the demand of unskilled labor will create legal and illegal opportunities for Haitian labor. The area will be a magnet for displaced Haitians to the chagrin of Dominican authorities.

That’s exactly what’s going to happen while we search for better elsewhere the Haitians do the same in our country but since there’s no border control as you can see the pedernales market. Majority of the Haitians crossing that border don’t wanna go back to Haiti you should see this dudes Chanel on YouTube / La Vega mundial, the camiona be full of Haitians daily and to catch them you have to chase them because they will not want to be apprehended at all