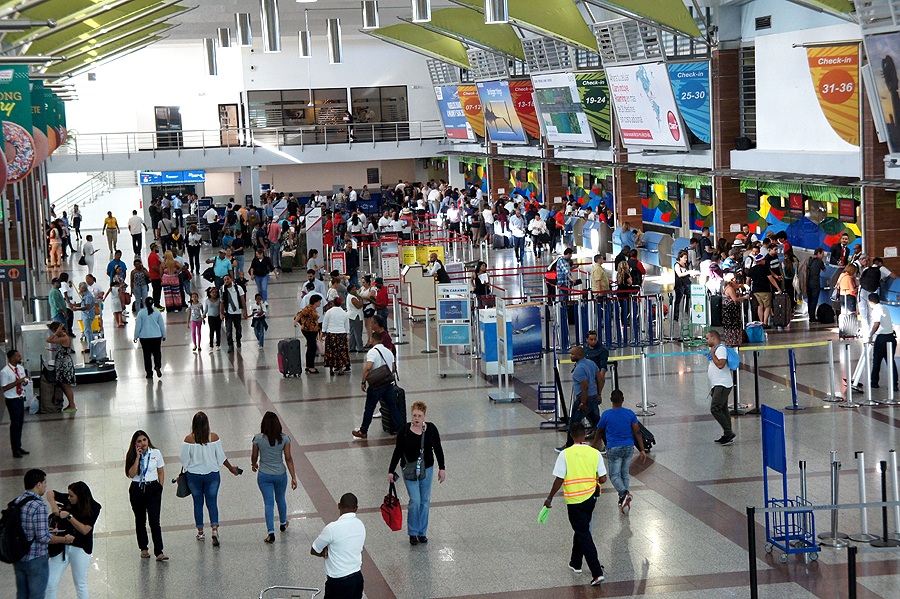 “Anyone with symptoms will be referred to the proper authorities.”

Monkeypox has already been detected in the United States, Spain, and other countries with which the Dominican Republic maintains regular tourist flights, so health authorities are preparing for the early detection of any case.

At the Las Américas International Airport ( AILA ), flight operations are received from more than eight countries in which contagions of the dermatological disease have been registered.

The World Health Organization ( WHO ) confirmed that it has information on more than 80 cases worldwide and announced the beginning of a work protocol with the authorities of the affected countries.

In this sense, the director of the services of the Ministry of Health in the AILA, Dr. Rafael Tejada, stated that the Ministry of Public Health issued a preventive alert in said terminal.

“As you know, AILA is an international airport where we have contacts with passengers from the United States, Spain and other nations that are also on alert and we have air connectivity with them. Our Ministry of Public Health has already issued an alert in this regard in the event of any case of passengers infected with monkeypox,” he said.

Regarding the sanitary control measures that will be explained, Tejada pointed out that in the event of any case of a passenger showing some visible characteristics of being infected, the recommendations established in the sanitary protocol would be adopted.

He also stressed that many experts say that monkeypox could become a disease that takes the edge of an epidemic.

“On these cases of monkeypox, I would say that its diagnosis is easy, because it has the characteristic that it has visible lesions on the affected person’s skin,” he said.

He reported that the other symptoms of the disease are fever, chills, and swollen lymph nodes, but what most complicates the condition are the skin lesions it produces on the face and hands.

Regarding suspicious passengers, Tejada said that “if upon arrival in the country we see any person with these visible signs, such as skin lesions, accompanied by high fever and other symptoms, we will proceed to contact our epidemiology departments so that take isolation actions.”

He explained that the DR is essentially a tourist country, so “it is obvious that we take the rigorous preventive measures in time.”

Tejada stressed that, given the reality, the country is prone to the disease reaching national territory at any time due to the large volume of passengers received daily from abroad, according to Listín Diario.

According to the WHO, monkeypox spreads differently from coronavirus, “always under close contact.”

The entity pointed out that those who have had a close interaction with someone affected have a higher risk of contagion.

It is recalled that monkeypox is a contagious disease that is transmitted between people by large respiratory droplets during direct and prolonged face-to-face contact, direct contact with bodily fluids of an infected person or with contaminated objects, and even from mother to child.