The strategy that the country used to bring tourists in 2021 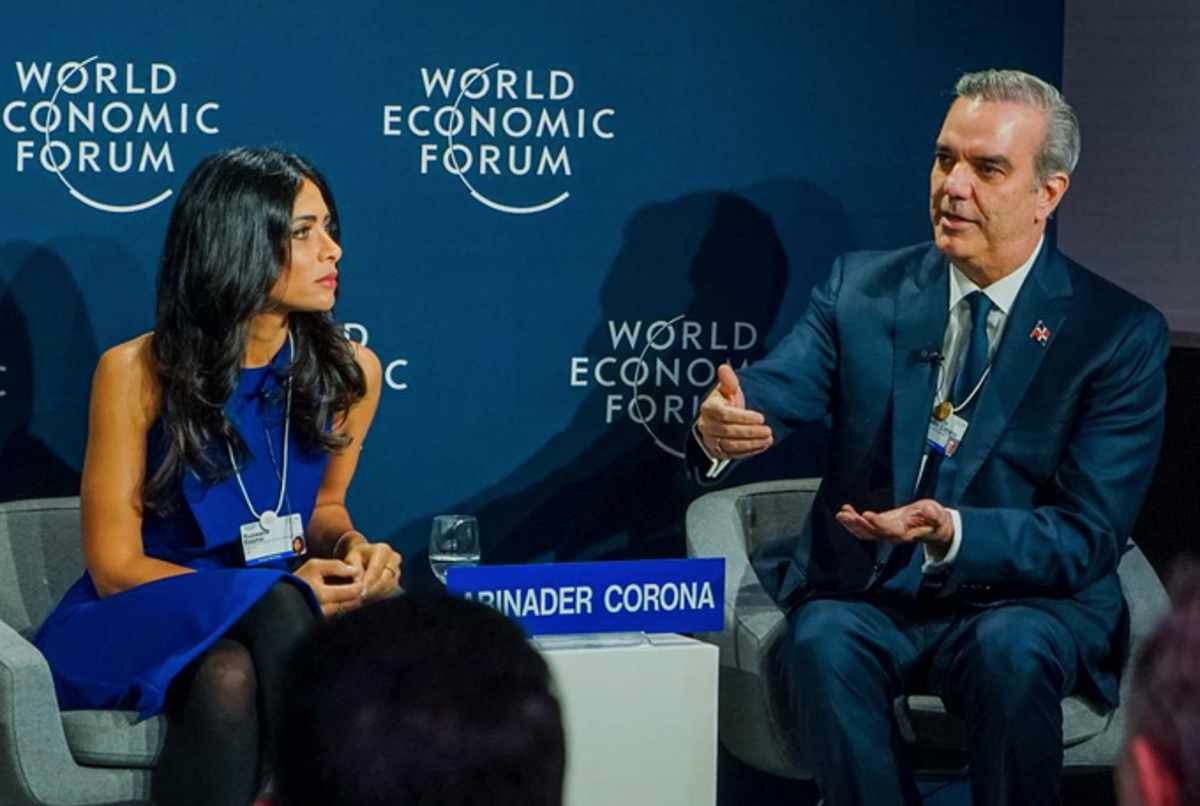 President Luis Abinader participated yesterday in the World Economic Forum, in Davos, Switzerland, where he presented the country's recovery strategy.

President Abinader assures that 0.7% of tourists who visited the country used the “Covid insurance” and analyzed strategies used combined with an effort to take care of health.

President Luis Abinader affirmed yesterday that 0.7% of the tourists who visited the country used the RD Safe Tourism Assistance Plan, with free health coverage for visitors who have been infected with Covid-19.

The president stated this during his speech at the World Economic Forum, held in Davos, Switzerland. He also explained the exhausting process of developing this system and other measures to promote tourism during the pandemic caused by the coronavirus.

“A successful strategy for the recovery of tourism, combined with a consistent effort to care for the health of the people, is the key to the recovery of the economy in the Dominican Republic and is the reason why the international organizations that deal with the tourism, health and the economy that present us as a country that has been successful in facing the crisis caused by the pandemic,” Abinader said when participating in the panel “Rethinking and revitalizing travel and tourism.”

“We started doing focus groups and surveys in the United States and Canada . Canada was under full lockdown, the US was starting to open up, and from those focus groups we learned that people who had been cooped up at home for many months wanted to get out, and when you show them pictures of the ocean, beach and sun, they say ‘I want to go there'”, he stated.

However, the president revealed that other data from these investigations showed that many foreigners feared getting sick with the virus in a foreign country. So, after brainstorming, they decided on an assistance plan to generate confidence in potential tourists.

He also admitted that, even though this free insurance represented a great expense for the Government, the cost would be even higher if tourism did not recover, a sector that, according to the head of state, generates 60% of the Gross Domestic Product (GDP). ) from the country.

“Yes, it was a cost, but it was more expensive if they (tourists) didn’t come, that was the analysis we did… but I’ll tell you something, do you know how many used it? 0.7%,” highlighted Abinader, whose intervention provoked a series of questions and interventions.

The RD Safe Tourism Plan began in mid-September 2020. It consisted of the supply of medications, assistance with hospitalization, emergency medical transportation, hotel expenses for hospitalization, flight changes due to medical emergencies, and legal aid.

Likewise, the authorities affirmed that this program impacted more than 400,000 tourists before its end in July of last year.

Abinader explained that he assumed the presidency in August 2020 with the economy and tourism paralyzed, contributing more than 20% of the Gross Domestic Product and around 20% of employment.

The Economic Forum is held annually, and the participants present policies and actions to revitalize this sector.