Delinquency disturbs sleep and peace of Invivienda families, in SDE 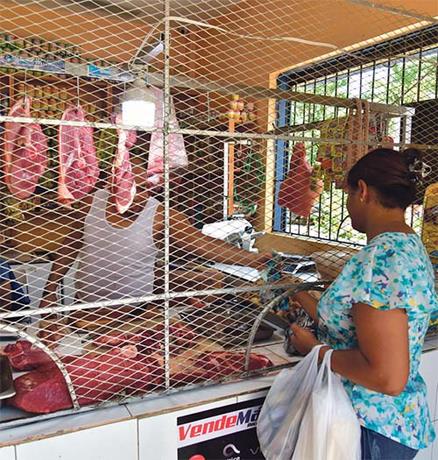 The assaults and the garbage unsettle the inhabitants of Invivienda. JORGE L. MARTINEZ/LD

Santo Domingo, DR
The assaults and the piles of garbage in the streets of the Invivienda sector in the municipality of Santo Domingo East are two issues of concern among its residents.

According to several testimonies of the area residents, in the main park located between the streets of President Antonio Guzman Fernandez and Professor Simon Orozco Avenue, muggings are frequent due to the lack of police patrols.

“At night in the park, you don’t see a policeman, and the criminals take advantage. Now there are many muggers; I don’t know what is going on”, said a man identified as José Ramón when speaking with journalists of LISTIN DIARIO about the concerns that affect the residents of the neighborhood questioning at the same time the increase of the acts.

In addition, Ramón mentioned that also in the sector called Villa Liberación of the same municipality, “you cannot walk” because of the high probability that unscrupulous people between 18 and 20 years of age will assault you while passing through the streets or in the vicinity of this area, emphasizing that “no other neighborhood beats it in crime” because of its vulnerability.

Another citizen, identified as Cleisy Batista, expressed that insecurity in Invivienda “is extreme.”

“Around here (Invivienda sector), muggings are seen even in the areas inside the parking lots of the buildings, and it is likely that they even look into the stairways,” said Batista stating that the presence of police officers is “prolonged and scarce” even though there are two police stations close to the sector.

He detailed that the most frequent assaults are seen early in the morning and afternoon when the residents try to get home after work.

“Those who come after 4:00 or 6:00 in the afternoon are sure to be mugged”, said the young woman, specifying that Sobeida Estrella Street is one of the most frequent scenarios due to the loneliness.

She also mentioned that the area around the Lilia Portalatín Sosa high school and the baseball field near the educational center on Antonio Guzmán Street are also apache zones.

Batista said that most of the criminals usually move around on motorcycles; however, others use cars and pretend to park, proceed to commit the act, and then flee.

According to the testimonies of the inhabitants, the crime does not stop. Juan Carlos pointed out that robberies are “24 hours a day, seven days a week,” although, in the morning, they decrease “a little” and increase at night.

“During the day, it is calmer, but after 6:00 p.m., one should avoid going out in the street,” said Carlos while attending his grocery store.

Garbage problem
Garbage collection is another deficiency that affects the inhabitants of the sector. They allege that the municipality’s mechanism in the area is not sufficient for the amount of garbage produced.
“The garbage truck passes almost daily, but I understand that as Invivienda is quite populated, it is not enough because they do not enter the parking lots, and only pass outside. It doesn’t give time to those in the back to take out their garbage,” said Cleisy Batista.

While Juan Carlos said that “some small trucks” that were assigned pass by very quickly, most of the time, they do not park, making it difficult to remove all the garbage accumulated inside the houses.