Thousands of flights cancelled due to operational difficulties 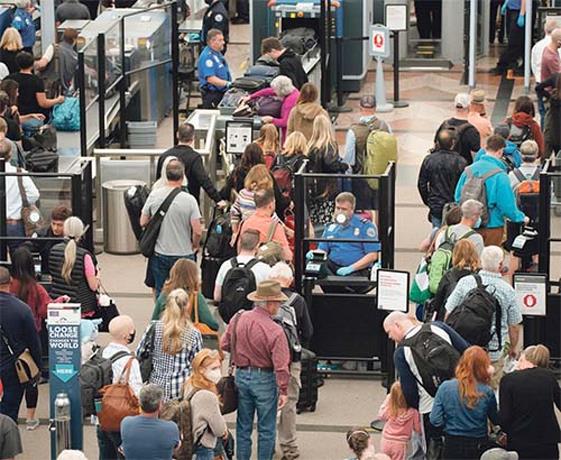 Routes. More than 250 of Sunday’s cancellations involved planes scheduled to fly to or from US cities.

Thousands of flights worldwide had been canceled as of midday Sunday, adding to the growing number of flights suspended during America’s busy Memorial Day weekend, which marks the start of the travel season for the summer.

More than 1,300 flights were canceled as of 11:30 a.m. According to FlightAware, a flight-tracking website, ET after more than 2,300 cancellations on Friday and another 1,500 on Saturday.

More than 250 of Sunday’s cancellations involved planes scheduled to fly to or from US cities.

Delta Air Lines on Saturday recorded the highest number of canceled flights among US airlines, with more than 250, or 9% of its operations. According to FlightAware, more than 140 other Delta flights had been canceled as of noon Sunday.

Saturday’s cancellations were due to bad weather and “air traffic control actions,” Atlanta-based Delta explained to The Associated Press. He noted that he was trying to cancel flights at least 24 hours before the week of Memorial Day weekend. Delta announced Thursday on its website that from July 1 to August 7, it could reduce its service by about 100 daily departures, mainly in parts of the United States and Latin America, where it flies frequently.

“More than at any other time in our history, the various factors currently impacting our operation — weather and air traffic control, sales staff, rising rates of COVID cases that have contributed to higher unplanned absences from what is considered in some workgroups – are resulting in an operation that is inconsistent with the standards set by Delta in the sector in recent years,” said Allison Ausband, responsible for Delta’s Customer Service area, in a message on social networks.

Airlines and tourist destinations anticipate huge crowds this summer as travel restrictions ease, and pandemic fatigue has overshadowed lingering fears of contracting Covid-19 while traveling. As a result, many travel specialists believe that the number of travelers will equal or even exceed pre-pandemic levels. In addition, airlines have thousands fewer employees than in 2019, contributing to cancellations.

Very expensive
People booking trips for the summer have experienced the shock of much higher prices—domestic airline fares for the summer average more than $400 round-trip, up 24% from 2019.

So the hope is to charge more fees to flyers so that they can offer more salary to attract more workers to the airline industry? They (capitalism) are trying to devaluate the dollar (higher interest rates and inflation) while providing the same crappy services and products. Prices should go up because of improved quality in products & services, not just scarcity reducing supplies!