Tourism breaks record again in May with visitor arrivals 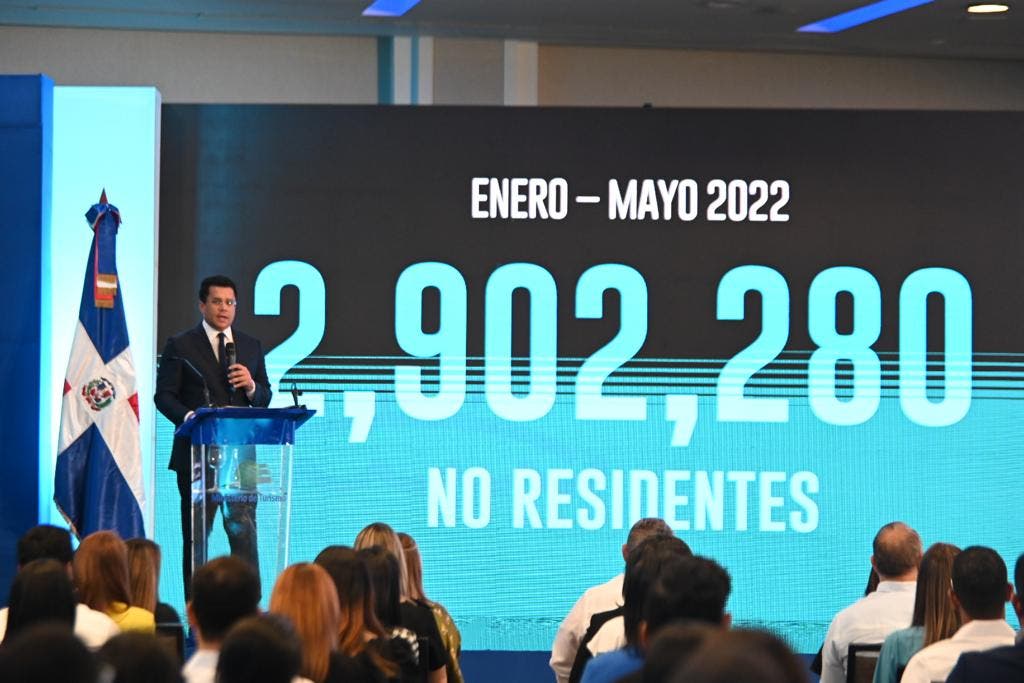 Dominican tourism continues to strengthen its recovery process and reaches record figures with the arrival of almost three million visitors in the first five months of the year.

The Minister of Tourism, David Collado, announced this Wednesday that the arrival barrier was broken again with the visit of 561,323 tourists in May.

“That means that we registered a growth of 11 percent above May 2018, six more than in 2019, and we exceeded May last year with 44%,” said the official in his traditional monthly press conference where he disclosed the behavior results of the sector.

He stated that the recovery and growth of tourism are such that the country received the arrival of 6,459,738 non-resident visitors in the last twelve months.

In May, he reported that the historic arrival of 561,323 non-residents was reached.

The month of May also registered a growth in the arrival of cruise passengers, reaching the figure of 82,199, three percent more than the same month of 2019.

Detail of the arrival of tourists

71% of non-residents come from North America and the Caribbean, and 16% from Europe.

With average stays of 9 nights, the estimated foreign exchange generation derived from tourist spending amounts to US $640 million.

60% of the influx of visitors this month entered through the Punta Cana airport, 24% through Las Américas, 13% from Santiago, 2% through Puerto Plata, and 1% through the airports of La Romana and Samaná.

Preliminary estimates from the Ministry of Tourism suggest that the total incoming commercial flights to the Dominican Republic in May 2022 was 4,675 flights, with an occupancy of 80% on more than 200 routes, which connected us with 128 cities through 125 different airlines.

In May 2022, the occupancy rate of hotel rooms rose 68%, representing an improvement of 19 percentage points compared to May 2021.

The guests were 86% of foreign origin. There was an improvement in occupancy in most tourist areas compared to 2021, highlighting the areas of Bayahibe – La Romana and Bávaro – Punta Cana, where both areas had gains of more than 20 percentage points compared to 2021.

Other areas such as Greater Santo Domingo and Santiago had growth of less than ten percentage points. The Romana – Bayahibe area had the highest occupancy growth, with 83% occupancy in 2022 and 55% in 2021.

Considering the crew and cabotage, the arrivals by sea to the Dominican Republic in May 2022 were 82,199 passengers in 32 operations through 19 cruises (from 10 different cruise lines) and 13 ferries. Maritime operations were distributed in Amber Cove (31%), Taíno Bay (25%), La Romana (3%), and the rest in Santo Domingo (40%).

During the full year 2022, the arrival of more than 7 million non-residents is expected, the highest value of a year in the history of Dominican tourism.