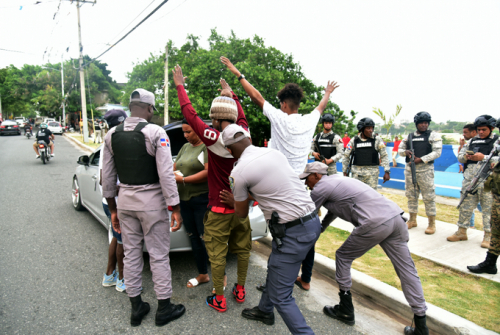 The incident occurs a few hours after the assassination of the Minister of the Environment and Natural Resources, Orlando Jorge Mera, also at the hands of a friend.

The most recent victim in this province as a result of the spiral of violence in the country is a young man who a friend killed on Tuesday afternoon with several shots in the Cambodia sector of this municipality.

The incident occurs a few hours after the assassination of the Minister of the Environment and Natural Resources, Orlando Jorge Mera, also at the hands of a friend, and despite President Luis Abinader ‘s call for Dominicans to lay down their weapons and violence.

Camacho was taken in a delicate state to the emergency room of the leading health center in the region at 2:40 in the afternoon after being wounded by bullets in the Cambodia sector, where he lived.

The projectile-type impacts were made by a person identified as Marcos Dominici (Chici), who is unknown if he was arrested by the authorities or fled after committing the act.

Emergency service doctors made great efforts to save Camacho’s life, but the shots he received damaged vital areas of his body.