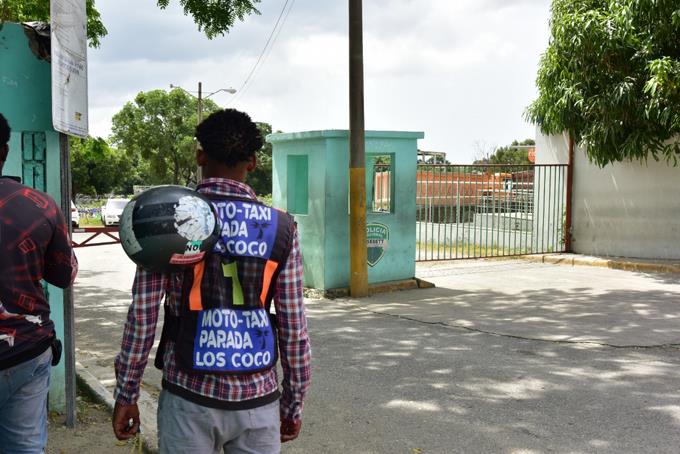 The clock is ticking, but not the answers that explain the progress or findings in the investigation into the abuse of the Ombudsman and several journalists from the Listín Diario and CDN channel 37, on April 11, at the El Coconut.

Two months have passed, and the questions from before are still the same as now; since this newspaper’s fleet is still under forensic analysis, little is known about the course of the lawsuits filed and even less about the sanctions against the aggressors.

About the case, the most recent information is about the colonel of the Dog Track, Ysabelita de los Santos Pérez, who has rejected a disciplinary trial against her.

On the subject, the officer has raised an instance, through her lawyer Bunel Ramírez Merán, in which she asks to declare the incompetence of the Disciplinary Council of the police force to hear and decide on the request for the imposition of a disciplinary sanction against her.

According to his lawyer, according to Law 19-01 of the Ombudsman, what corresponded in the case was to empower the prosecution after complying with the opinions of that law so that Santos Pérez could be tried following the dictates of Article 234 of the Penal Code.

Regarding the Listín Diario fleet, from which the videos and photographs of the incident were deleted, it has still been in the hands of the National Institute of Forensic Sciences (Inacif) for more than a month.

The equipment was deposited after the authorization of the coordinating judge of the National District Investigation Courts, Kenya Romero, after the prosecutor Santa Reyes, coordinator of Internal Affairs of the Prosecutor’s Office, requested it for the investigation.

The agents of the General Directorate of Traffic Safety and Land Transport (Digesett) who were on duty the day the Ombudsman and his staff appeared for an inspection at the Vehicle Retention Center after complaints of irregularities were questioned about the case.

The personnel who accompanied Ulloa the day the incident occurred were also interviewed.

One of the reactive actions that were carried out after the event was the dismissal of the colonel and then the transfer of all the personnel who served there.

The director of the Digesett, Police General Ramón Antonio Guzmán, separately visited the Ombudsman, Pablo Ulloa, and the director of the Listín Diario, Miguel Franjul, to whom he publicly apologized for the outrage and promised sanctions for those guilty.

As part of the investigation, the Internal Affairs Prosecutor’s Office forwarded to the National Institute of Forensic Sciences (INACIF) the cell phone of the journalists.

Another of the actions that have emerged from the event was the creation of a commission of government institutions to develop the work of preparing a plan that allows solving the problem of retention and return of vehicles in the vehicle retention center of the Digesett the El Coco Greyhound Track.

The working group comprised representatives of the Comptroller General of the Republic, the Ministry of the Interior and Police (MIP), the Ombudsman, the National Institute of Traffic and Land Transportation (Intrant), and the Digesett.

This Friday, journalists from Listín Diario tried to obtain the data on the number of vehicles that have been dispatched with the new administration but received evasions.

President Abinader on many occasions has promised transparency in government. However, this case does not show any sign of transparency. Why?