If Jorge Mera’s murderer is found to have violated the Arms Law, he could be sentenced to 40 years 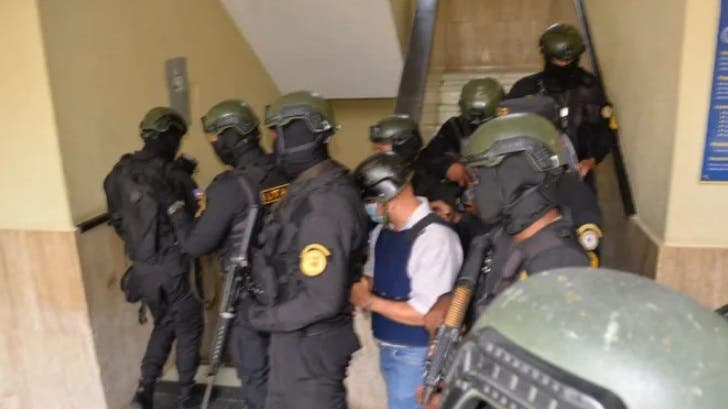 Suppose the confessed murderer of Minister Orlando Jorge Mera, Miguel Cruz, is proven to have violated Articles 66 and 67 of Law 631-16 on Control and Regulation of Weapons, Ammunition, and Related Materials. In that case, he could face a maximum penalty of 40 years in prison.

Article 66 in paragraph two states that “any natural person who takes the life of another to commit robbery with violence, possessing an illegal firearm, shall be punished with a penalty of thirty 30 to
Forty years of deprivation of liberty.”

And that is the position of the Public Prosecutor’s Office’s position against the man accused of having killed the official in charge of the Ministry of the Environment and Natural Resources.

“The court has accepted in all its parts the request presented by the Public Prosecutor’s Office, imposing 12 months of preventive imprisonment for the accused, as we have requested in our written request for the coercive measure,” explained court prosecutor Mirna Ortiz, litigation coordinator of the Specialized Prosecutor’s Office for the Prosecution of Administrative Corruption (Pepca), when speaking to journalists who approached the team of prosecutors.

It is recalled that, after committing the deed, Carandai was seized by the authorities in a Toyota brand, model Rush G, black color, the year 2019, license plate no. G456640, a Mini Uzi, caliber 9mm, serial no. MV-CB50492, with two magazines with 30 capsules each. In addition, a briefcase with four magazines with a capacity for 30 cartridges, two full.

Another of the magazines contained 11 9-millimeter caliber capsules. There were also several communications referring to the file of the company Aurum Gavia, S.N., an envelope containing 90 RD$2,000 bills (RD$180,000), and a Cartier Roadster watch.

So you are telling me if you shoot someone and that someone survives with an illegal weapon (unregistered) this law will not apply? So the consequences drives the utility of this law and not the intention of the intruder? Is that what you mean?