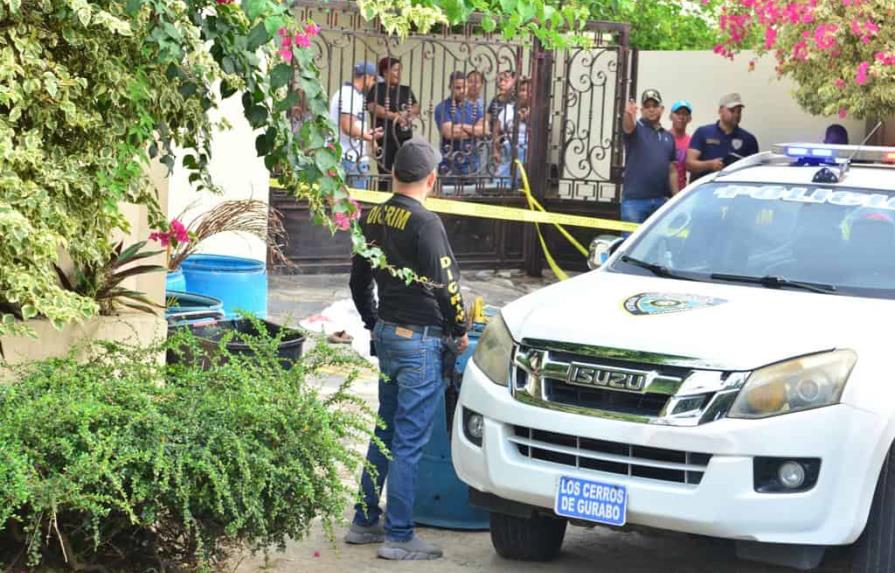 The lawyer was murdered in front of his residence from which he left to look for a newspaper. (Diario Libre / PABLO GONZÁLEZ ). `

At the scene, investigators collected six bullet casings and a fragmented projectile.

Agents of the Scientific Police are working on analyzing security cameras and other evidence to find those responsible for the murder of lawyer Basilio Guzmán Rodríguez, which occurred on Tuesday morning in front of his home, located in the Los Cerros de Gurabo sector. Santiago province.

At the scene, investigators collected six shell casings and a fragmented projectile.

Alejandro García Ramírez, spokesman for the body of order in Santiago, reported that the institution and the Public Ministry deepen the investigations.

“The agents are doing searches throughout the area where the fatal outcome occurred, collecting evidence,” said the police spokesman.

Basilio Guzmán was killed this Tuesday morning in front of his house.

The report of the acting forensic doctor of the National Institute of Forensic Sciences (Inacif) establishes that the body of the jurist presents four bullet wounds.

Witnesses reported that two men arrived on a motorcycle and shot him several times while the legal professional picked up a newspaper.

The uniformed woman rules out that the crime was a robbery or a common crime. None of their belongings were stolen.

The remains of the jurist are exhibited at the Blandino funeral home in Santiago. Today, they will be transferred to the municipality of Moca, in the Espaillat province, where they will be buried.