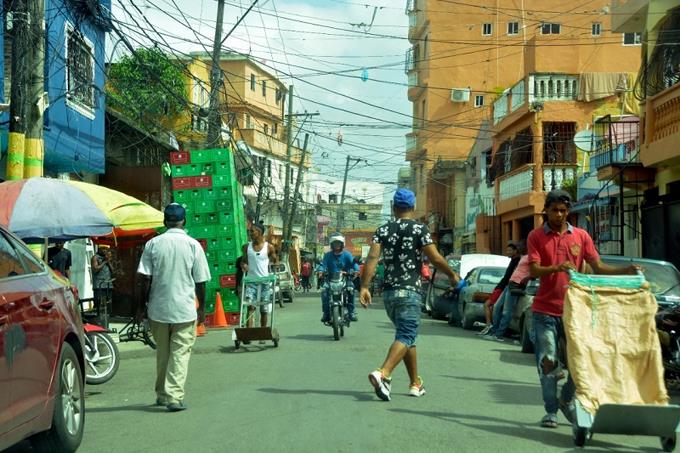 Since the beginning of this month, the cost of electricity has increased by 9%, which means that the population now pays between 100 and 140 pesos more.

Santo Domingo, D.R.
A report made by Listin Diario revealed how the announcement of the Minister of Energy and Mines, Antonio Almonte, marked the fourth occasion since last year in which an increase in the national electricity tariff was made.

Since the beginning of July, the weight of the interests has been felt in the clamor of the neighborhoods where the leaders of families and merchants do not cease to express their regret and the headache which means to them “to pay more for a bad service.”

“Now we are doing well. Before, we already paid dearly and we had many blackouts, now we pay more dearly, and we continue to have the same blackouts,” said Raul, a resident of Ensanche Luperón.

The high cost of recharging at the electric box hurts most when the residents of sectors such as 27 de Febrero and Capotillo allege that the rapid consumption of the kilowatts they buy is even less value for their money which decreases in the absence of the energy itself.

“One recharges 50 kilowatts now, the electricity goes out, and when it arrives again without having used it, you already have 45 kilowatts.

According to what had been referred by Antonio Almonte during an interview a few days ago, the cost of the electricity tariff increased by 9%, which means that the population now pays between 100 and 140 pesos more.

The government is not wise to permit increasing electricity rates without some obvious improvements in electricity generation and distribution. Talks about improvements such at small increases of electric generation have not brought about desired results. Blackouts destroy the economy while sucking away the ability of the population to cope with them. Poor quality electric plant construction, operation scandals, and empty gov’t promises have put salt on the public wounded by them. How much longer should the people suffer these disgraces? Will the day arise when the public will say enough of this “BS”, indifference, and take matters into their own hands? The government is walking on eggs. It has to make wise decisions or suffer the consequences of poor judgements. Rate increases are not good at this time.

Go back home you gringhoe if you don’t like it. The whole reason for the increase in prices, is because you gringhoes keep living in country illegal, purchasing properties way over value causing real dominicans harm

We should have lunch sometime!