Luis Abinader on his achievements: “Whoever wants to discuss these data should go to international organizations and discuss them”. 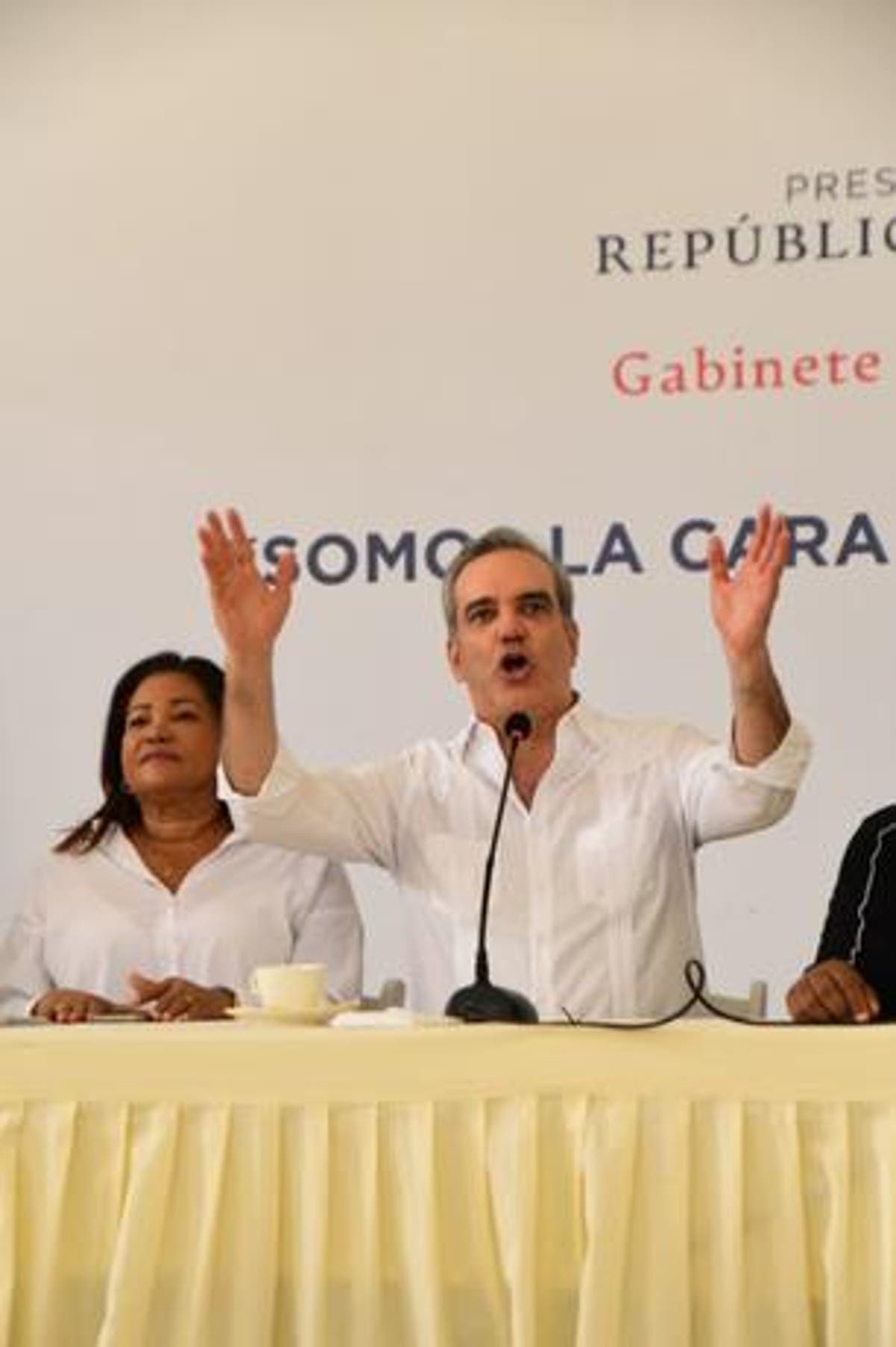 He indicated that “now we have to continue working for the slogan that we have been saying since the beginning of the government: leave no one behind.”

Santo Domingo East, DR
Yesterday, President Luis Abinader proudly detailed some of his “achievements,” referring to the economic recovery, tourism, health, transparency, and food that his administration has had after almost two years of government, and expressed that whoever wants to discuss these data should do so with international organizations.

“If we go for transparency in international organizations we were the country that has increased the most in transparency, then whoever wants to discuss those data should go to international organizations and discuss them, but that is the reality, that in the worst circumstances we have advanced, and we are going to advance more,” expressed the head of state during the day of the “Social Protection Network Program” led by the Social Policy Cabinet.

He went on to enumerate that in the health sector, they received recognition from the World Health Organization (WHO) for the effective management of the pandemic and openness; if we go to the economy, we also have the best qualifications from the agencies and the World Bank, which puts us as an example of recovery and good fiscal discipline.

“We don’t say it ourselves, the international organizations say it. If we go to the United Nations Food and Agriculture Organization (FAO) we improved the level of nutrition of Dominicans when all other countries decreased (except Panama); we reduced poverty to 0.2 percent at a time when all countries increased poverty,” said the President.

As he continued his speech, he also detailed that the Dominican Republic occupies the first place in the tourism sector in its recovery. At the same time, he was interrupted by those present who shouted “four more” with joy.

“Here I tell you, in the main municipality of Santo Domingo East, that we have to see the present and the future of the country with optimism, and we have to see it in spite of the circumstances of the moment, we have to know that this country is going to develop,” he said.

He stressed that they have a plan and a government planning that is and will continue to work for the benefit of the Dominican people.

“The results are there, the international organizations say so, all the economists of the country say so, who know the situation we have gone through and how we have been able to overcome these difficulties,” he added.

He also indicated in conclusion that “now it is up to us to continue working for that slogan that we said from the beginning of the government: leave no one behind, no one can stay behind and we will be there to improve and take care of every Dominican who needs it.”

And yet, many of those efforts go to feed, educate, transport, house, and politically empower the illegal foreigners in DR. The environmental destruction continues. The contraband (including drugs) is unstoppable. And daily crime (assaults, robberies, and shootings) driven by unplanned demographic explosions, available firearms, and inflation.
You look at numbers and those numbers still HURT. And all you think is re-elections, voting, and voters. Just another chance to have power, abuse it and take a portion of the national reserves.

I don’t think the demographic explosion is what is driving crime! That has always been a mainstay and natives do just fine on their own. The country is awash with money, much of it illicit, thus everyone is trying to get a piece. Right or wrong! DR is and will become the Panama of the Caribbean and/or the Macao. No checks and balances, just pure money generation will be the name of he game!