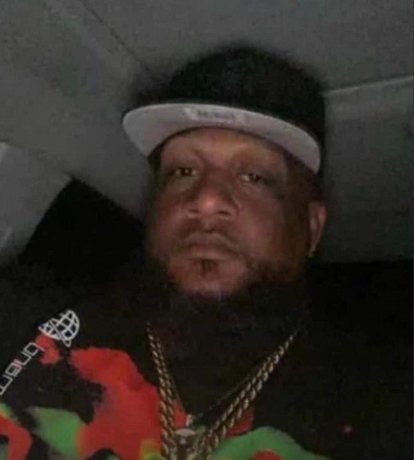 Santo Domingo, DR
The National Police reported that a man who had been actively sought for almost a month for the double homicide of a married couple in the Villa Mella sector was killed last night when he and another man confronted a patrol of the institution that was following him to apprehend him.

The deceased is Victor Manuel Montilla Jerez, alias “El Grande,” 32 years old, who lived in the Los Guaricanos sector of the municipality of Santo Domingo Norte.

The wounded man is Adonis Dolores, 26, resident of the same address, who was shot in his left leg.

According to the preliminary report, both men were spotted by the agents when they were driving along kilometer 33 of the Las Americas highway in a black Toyota Corolla, and upon noticing the police presence, they dismounted from the vehicle and shot at the members of the patrol of investigations (Dicrim).

According to the preliminary report, the agents repelled the aggression with return fire. In this circumstance, Montilla Jerez was mortally wounded, and Dolores was wounded.

“El Grande” was wanted under arrest warrant No. 530-2022-EMES-03351 for having killed the married couple Alberto Frometa, 30, and Alexandra Guzman Rodriguez, 25, in the neighborhood of Los Platanitos de Villa Mella.

The criminal activity was captured on video and disseminated on social networks.

A Smith & Wesson pistol, 9mm caliber, Serial No. TSZ0725MD5906 and a cell phone were found in possession of the deceased fugitive. In addition, the latter appears in the police files with a record for trafficking in goods and another for robbery, both from 2017.

Meanwhile, an MP25 pistol, caliber 25, with illegible numbering, which he was carrying illegally, was seized from his wounded companion, who will be placed at the disposal of the Public Prosecutor’s Office for the corresponding legal actions as long as his health conditions allow.

“Further details will be provided in due course, as the investigation progresses,” informed the police.

It is more than likely “El Grande” killed the couple. It just seems now, the police here and in other countries are more often taking an attitude of applying deadly force against criminal subjects, not shooting to wound. “La Soga”????

Why do suspects/criminals engage the police in shootouts? Police are trained in weaponry, they’re not, most often, the criminals fail.

Saved some bureaucracy and money.