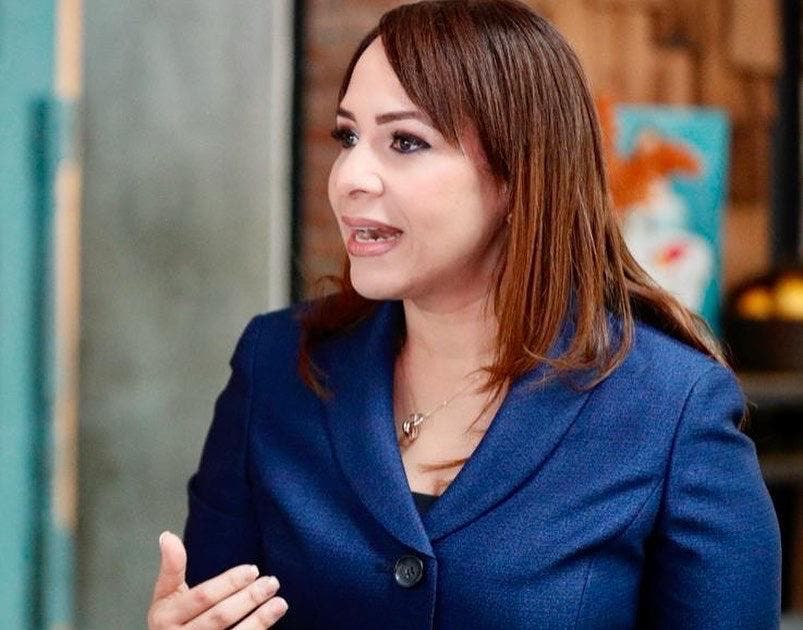 SANTO DOMINGO – The presidential candidate for the Dominican Liberation Party (PLD), Karen Ricardo, said that an example that the government is not on the right track is the key officials that President Luis Abinader has had to dismiss or have resigned, which in her opinion is evidence of a bad administration in the governmental train.

She understands that this causes, in addition, a slowdown in the operability of the State.

“It is not enough that the President has the will, his officials must also have it; that is why the country needs to turn to another horizon, and that new horizon is only guaranteed by the PLD,” said Ricardo.

For the PLD presidential candidate, a good government needs the cohesion of its officials, who must act in accordance with what the population demands. At this moment, Dominicans need answers to their primary basic needs.

Karen Ricardo pointed out that the most vulnerable class of the country suffers in the flesh due to a bad government administration, which is reflected in the daily increases in necessities, making them unaffordable for Dominican families.

“The citizens need a different direction, a government that guarantees food, health, education, and housing. However, we cannot be indifferent to what the country is going through with the high prices of the family basket,” she emphasized.

In view of this situation, he believes that the PLD must assume power again in 2024 to put the country back on the path of prosperity and progress so that the people can once again have peace of mind.

Proud that a black woman like Karen is speaking the truth! Why is she black? What continent besides Africa could produce a human being with naturally course and kinky hair? Name one! Black is beautiful even when you try to hide it, suppress it, change it —- it fights back and wins!

Leave those racial complex in the US. Lol

Her memory is short and biased. How many people under the years of PLD leadership resigned or were dismissed? Not many, they were feeding legally and illegally from the treasury trough, denying many Dominicanos of government resources that would keep their heads above water. It was the catalyst of the downward trend affecting the vulnerable in the population.

With all eyes on this mass distraction caused by outside interferences, who is keeping watch over the natural resources of Haiti? The gold fields there, for example. President assassinated, guns and ammunition arriving daily from the US, chaos in the streets, limited mobility of the diaspora by fear and trepidation, food shortages, indifference by the International community. That one gang made a mistake by kidnapping that white church group. The gang secretly got paid but the gang’s leader was arrested, extradited, and imprisoned in the US. A lesson by example that US citizens (white ones) are off limits in this orchestrated chaos. Shoot each other but not our white folk. US mercenaries caught by Haitian police with high powered hand guns and rifles running around Haiti. How did they get those weapons into the county? Sent back to the US and released at the airport. Picked up by family members already waiting to receive them. What is really going on in Haiti? Who is watching Haiti’s tiny resources that were of great interest to the ex US President’s brother in law? In the words of the late Marvin Gaye, ‘What’s goin’ on?’

I blame Biden for the inflation too.