The beauty of Salto del Doce, in Gonzalo, makes it look like a mystical place. 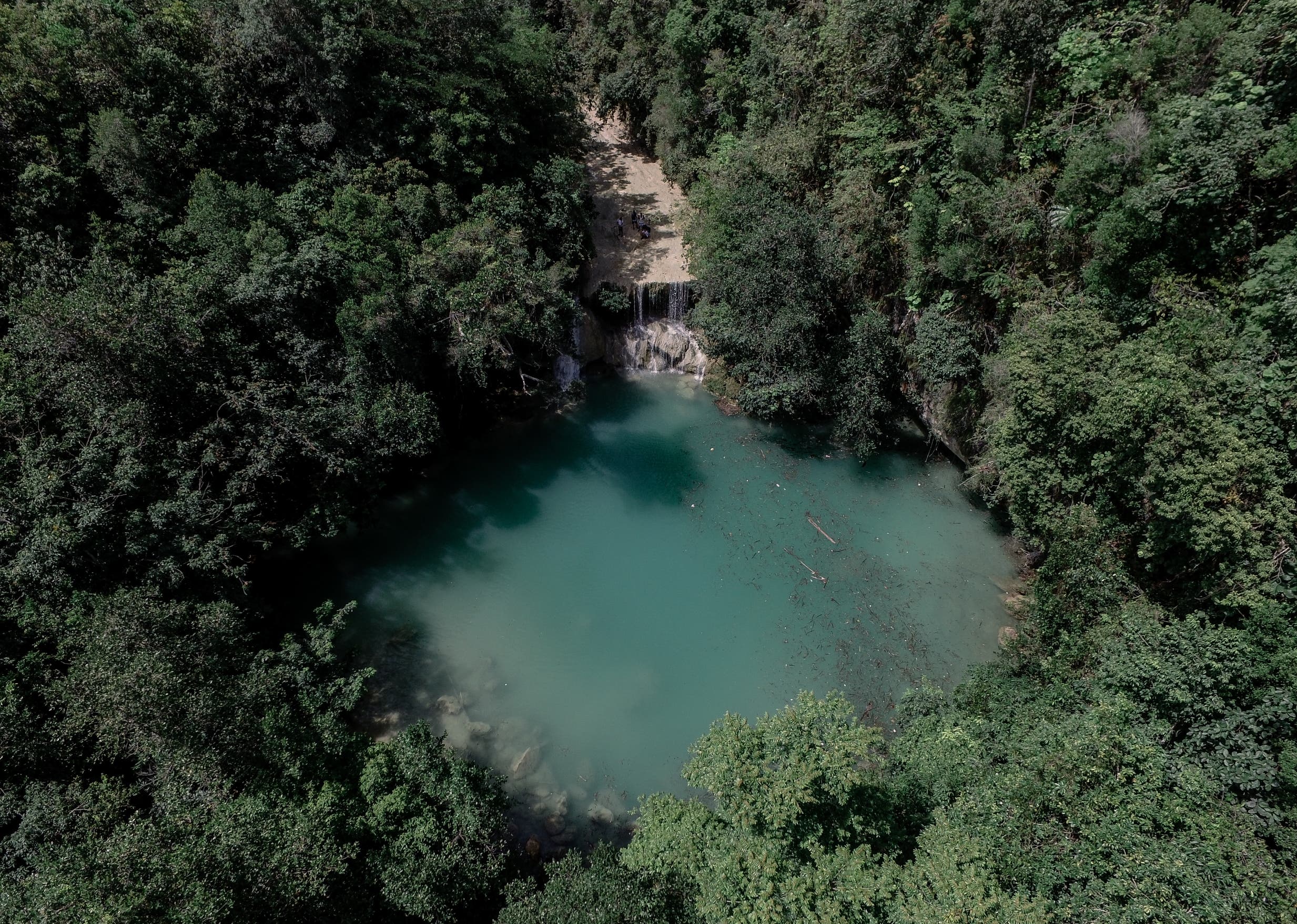 A thick vegetation serves as a wall to one of the best-kept places of beauty in the province of Monte Plata, the Salto del Doce. ELIESER TAPIA

Salto del Doce is one of the many tourist attractions in the Gonzalo municipal district of the province of Monte Plata.

Despite everything, it is not very popular, which contrasts with its exuberant vegetation and the freshness and depth of its waters. 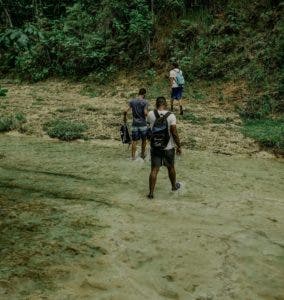 The tour takes place along the Boyá riverbed.

It was named after the numbers assigned to the sugar cane plots. The natives of the place tell stories that border on the mystical because the beauty is such that it would not be difficult to believe that Poseidon himself has installed an underwater summer house in the place.

How to get there

The meeting point is in Gonzalo. It is about 800 meters beyond the entrance to Sabana Grande de Boyá on the west side of the road if you are traveling from Santo Domingo. You will have to be attentive when driving since the signage is almost non-existent.

However, the places to visit have been recorded on the most common map platforms such as Waze and Google Maps.

To access the Salto, one must return to the Northeast highway from Gonzalo and return a hundred meters in the direction of Santo Domingo. An unmarked alley leads to some land usually used as a parking lot right next to a family house (the only one in the area). From there, you should have time to walk through the trees for at least twenty minutes.

Along the way, you will find many Guava bushes, which you can enjoy after evaluating that there are no wasp combs on branches. Three different pools are on the way to Salto del Doce in the community of Gonzalo, Monte Plata.

It is hot, very hot. Be sure to bring water with you. Although you are heading to Salto del Doce, you will come across two others of similar consideration.

The first one is La Vuelta del Culo, but because of what the assigned name implies, on the map, it was registered by the guide Miguelángel Betances only as: La Vuelta. The locals have their explanation. They say they don’t know of a single visitor who hasn’t slipped and fallen on his buttocks, which is where the name came from. 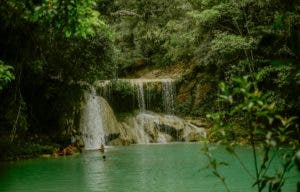 No, it is not a painting. It is a partial view of the Salto del Doce in the Gonzalo, Monte Plata province community. Eliezer Tapia

This is the bed of the Boyá River, an aquifer source that feeds the municipality of Sabana Grande de Boyá. The bed of the river shelters at the same time small cavities in which one or two people can enter. In La Vuelta, you can swim with confidence and only up to there; it would be worth the visit.

More of the route

Continuing the trail along the same riverbed, you will reach the Los Profesores pool. So named because at the end of the school year, school trips used to stop there because the waters are suitable for bathing children. There are no surprises.

At this point, the last of the trips begin in El Salto del Doce, about five minutes away.

It is, in essence, a descent of land on which the water of the river falls and that by the pressure of the same ones has been enlarging with the passage of time. It is of considerable depth. A life jacket will allow you to enjoy yourself without worrying about the pool. 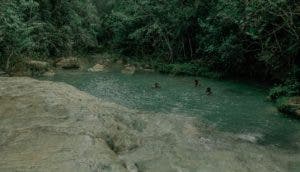 La Vuelta is one of the many pools.

Gonzalo is a town of humble people, originally forged in the shadow of the municipality of Sabana Grande de Boyá and easily accessible by the Northeastern highway.

A little more than four years ago, cattle raising, agriculture, and sugar cane cultivation found an eventual production rival that is already beginning to take its first steps: the arrival of visitors eager to enjoy its water sources.

“Here we have the Salto de Socoa waterfall, hiking in the Biodiversity Park, the Salto de Socoa site, two subway rivers, the Cueva de los Murciélagos, the Charco Azul and the Salto del Doce,” says Miguelángel Betances, who is the person in charge of publicizing some of the aforementioned attractions, using social networks.

This is how it started.

Betances, a 20-year-old studying Modern Languages, found his passion while on a university assignment.

The coolness of the waters makes up for the hike to the site.

“I had to teach subjects that have to do with tourism and on one occasion there was an excursion to Caño Hondo to get to know Los Haitises National Park. That motivated me to develop rural tourism in my town and that is how the Gonzalo es Bello project came about,” he explained.

Betances says that he began by publishing photographs taken with his cell phone. When the first visitors arrived, he didn’t even have any money for fees. But everything was built up as he went along, and, to date, he has a team of ten who work as guides, parking attendants, security personnel, and kitchen staff.

He frequently receives groups of more than fifty people to whom he offers the cuisine of Gonzalo’s housewives as a gastronomic option. The enthusiastic young man sees management as a way to help the inhabitants of his community.