Abinader: Dominican Republic is a benchmark of good governance and an oasis of peace in Latin America 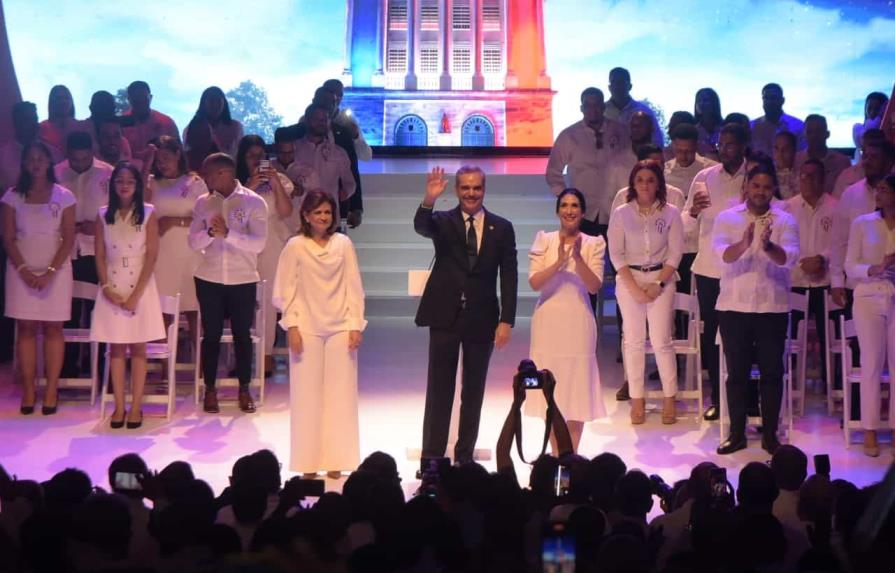 President Luis Abinader salutes after his speech in Santiago for the two years of his administration. He is accompanied by Vice President Raquel Peña and First Lady Raquel Arbaje (PHOTO: DIARIO LIBRE/CÉSAR JIMÉNEZ).

In his speech to the country during his two years at the helm of the Government, President Luis Abinader highlighted that his administration is seen as a reference to recovery from the crisis generated by the COVID-19 pandemic.

He said the “Dominican Republic is advancing on all fronts and is on the road to development.”

“Today, the Dominican Republic is an oasis of peace and progress in a troubled Latin America,” said the president.

Almost at the end of his speech, he told Dominicans: “You can be sure that we will achieve our goals, with effort and overcoming difficulties.”

The president delivered a 52-minute speech in front of an audience at the Gran Teatro del Cibao for the second year of his administration. The address stage had to be changed due to the rains in Santiago. The president had planned to speak from the Monument to the Heroes of the Restoration on the occasion of the 159th anniversary of that deed.

In this speech, the president also highlighted his achievements in managing the economy and announced that the coverage of public education would be extended from the age of three.

Wishing him the best…