U.S. “alarmed” by increase in confiscated weapons headed for Haiti 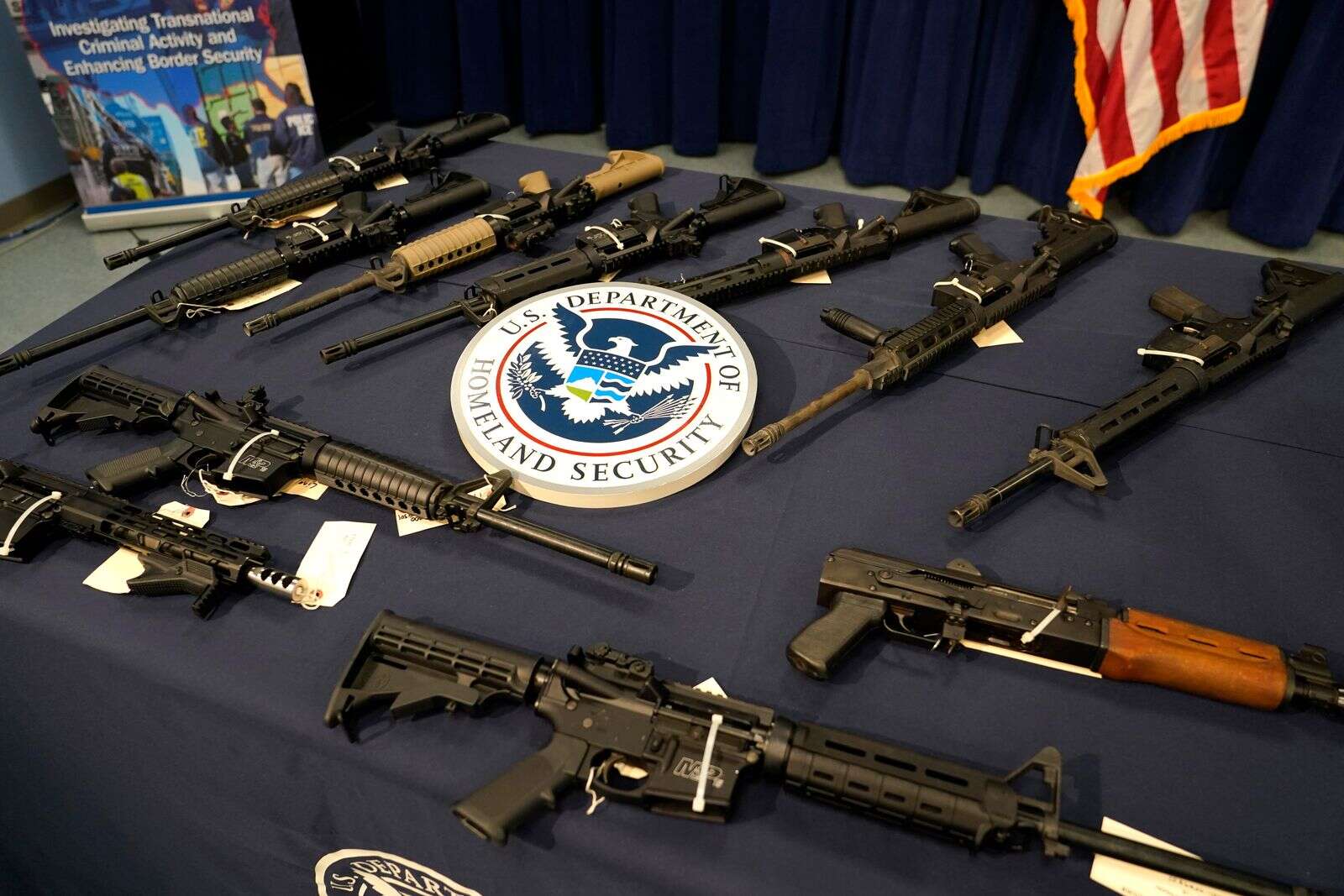 U.S. federal authorities on Wednesday expressed their concern over the “substantial increase” in the trafficking of firearms from South Florida to Haiti, as well as other Caribbean nations, smuggling that even includes high-caliber rifles.

During a press conference in Miami, Anthony Salisbury, the special agent in charge in that South Florida city of the Homeland Security Investigations (HSI) office, highlighted not only the increase in the number of weapons confiscated in recent months but also their caliber.

Next to Salisbury, who representatives of several federal agencies accompanied, rested on tables some of the confiscated weapons, including 50 caliber sniper rifles, which can shoot up to 1,800 meters range and with a price of up to $60,000 on the black market.

He added that in previous years the weapons seized illegally trying to reach Haiti from Florida was mainly pistols, and in a lower number, and that the current trend reflects an increase in quantity and caliber (the confiscated weapons also include automatic rifles and machine guns) is “alarming” for the U.S. Government.

The agent alluded to the increased gun violence and criminal gang activity in Haiti, which has prompted a redoubling of U.S. efforts to prevent high-caliber firearms from “fueling those battles.”

To monitor this new front, which threatens to destabilize the region and increase the exodus of migrants, HSI recently opened an office in Port-au-Prince, Haiti’s capital, as the official noted.

Salisbury highlighted the deployment of “extra resources” on the routes used by smugglers, as well as on possible gaps in new ways, and that efforts are not only focused on confiscating weapons but on the flow of money that finances this smuggling.

While purchasing guns in the United States is legal and relatively easy, the agent reminded that the laws regarding the export and sale of firearms are pretty straightforward.

“The United States and South Florida are not open for business related to the illegal trafficking of firearms,” said the agent.

Haiti has been going through a social and political crisis since President Jovenel Moise was assassinated last year. Shortly after, the ravages of a 7.2 magnitude earthquake left more than 2,200 dead.

The metropolitan area of Port-au-Prince is hostage to dozens of armed groups fighting for control of the territories without the authorities being able to stop the situation of extreme violence in the capital.

Just wondering how many of these firearms cross the border into the RD from Haiti?

Why would those who are sending the arms be alarmed?

I am beginning to wonder, as an American, how safe our borders are when weapons can leave our shores and end up in Haiti? Why were a group of caucasian mercenaries from the US captured in Haiti allowed to go free immediately after returning to the mainland? Why are the poorest Haitians armed with these expensive weapons but cannot afford to own a small refrigerator or the food to put into one? What is the plan by allowing Haiti to destroy itself with this internal war? Is there an agenda to distract Haitians from keeping an eye on their gold reserves? President assassinated by an agency that recruited Colombian mercenaries. An agency headquartered in Florida. We need an explicatory investigation and analysis into what is really going on. We need to better understand the dynamics behind the deception. The international community has turned its back on the atrocities occurring to innocent people in Haiti, especially the USA. Is the Monroe Doctrine worth the paper that it is written on? Why are Haitian American tax dollars going to assist the Ukrainian people and their defense against Russia but the Ukrainian American tax dollars are not being used to feed starving Haitian children IN OUR HEMISPHERE?

They don’t have money for bread but they have money for weapons ?!…US surprised ?!,…..😂 😂 😂
Noo …US is sending weapons there ,it’s business for them …More instability here on Island of Hispañola ,more profitability for arms dealers …Later they’ll come and offer help …Of course for the price …😉
Sapienti Sat