Juanita manatee, released with Pepe and Lupita in 2021, dies 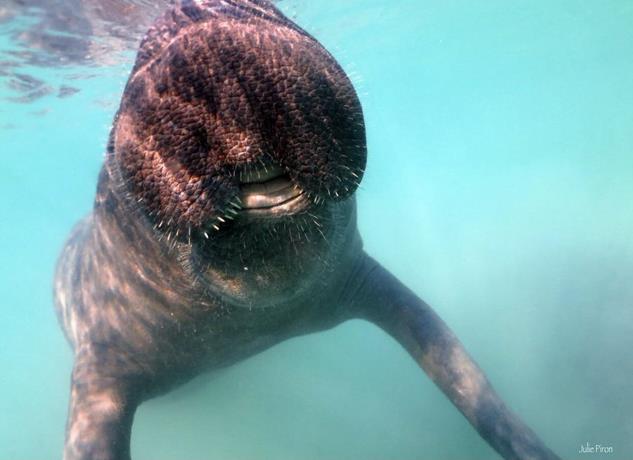 Santo Domingo, DR.
The Ministry of Environment and Natural Resources reported that the manatee Juanita was found lifeless in the Isabela River, a place next to the Ozama River that she has used as a home, after being released in June 2021, along with Pepe and Lupita.

In the announcement, Environment indicates that a technical team led by the Vice Ministry of Coastal and Marine Resources and the National Aquarium, in addition to the support of the Dominican Navy, “are recovering the body for research purposes.”

“In a timely manner we will be reporting the results of the investigation,” wrote Medio Ambiente.

In December 2020, after remaining several years in the National Aquarium, Juanita, Pepe, and Lupita were transferred to their natural habitat in an inlet of 4,150 square meters in Bayahibe, so they could adapt to their environment and then be released definitively.

This liberation took place in June 2021, when a team from the Environmental Agency and the Dominican Foundation of Marine Studies (Fundemar) removed the fence that protected them.

Once released, Juanita joined Pepe and Lupita in the Ozama River, where she has lived since then.

A video went viral last January where several people mistreated the manatee without any reported sanction.

In June, the Environment reported that the three West Indian manatees were in perfect health.

Pepe and Juanita came into the care of the National Aquarium in 2012 and Lupita in 2018. The manatees were fitted with trackers.

I am not sure which one of the 3 it was, but we saw one with a gps beacon in Boca de Yuma a couple of weeks ago.