In 11 years the number of pregnant foreign patients in the Dominican Republic has increased to 23 %, according to OP-FUNGLODE study 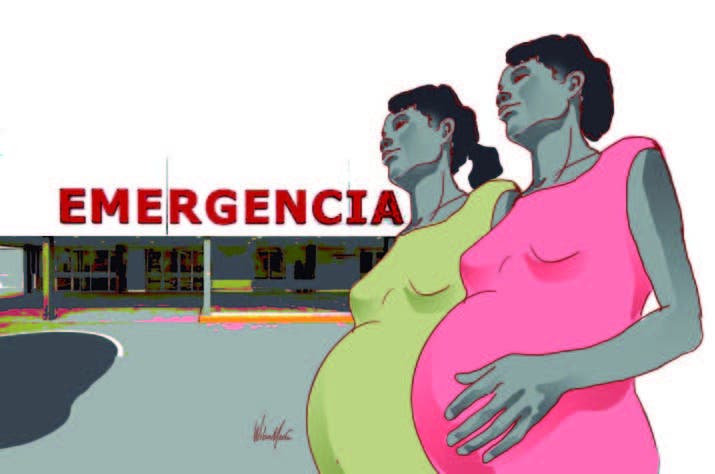 A study published today by OPD-FUNGLODE reveals that between the years 2010 and 2021, the number of foreign parturients in the Dominican Republic increased to 23 % if compared to the first edition of the report published in 2019 by the entity, which states that 18 % of the deliveries performed between 2010 and 2017 in the selected centers corresponded to foreigners.

The research called “Situation of foreign parturients in the Public Health System of the Dominican Republic 2010-2021” indicates that during this period, there was a 5% increase in vaginal deliveries and cesarean sections performed on foreigners, with the National District and Santo Domingo being the provinces with the highest growth.

The report by the entity attached to the Global Foundation for Democracy and Development (FUNGLODE) reveals that the number of foreign parturients during the years evaluated increased from 13 to 51% at the Nuestra Señora de La Altagracia Maternity Hospital and 13 to 46% at the San Lorenzo de Los Mina Maternity Hospital.

The study, authored by OPD-FUNGLODE researcher María Teresa Morales, notes that in the period from 2010 to 2021, 1,277,378 births and cesarean sections were registered in the Dominican Republic, of which more than 292,081 were to foreigners, with other provinces where these processes were registered being Santiago, Bahoruco, Barahona, Pedernales, Independencia, Elías Piña, Dajabón, and La Altagracia.

Statistics after the pandemic
It also highlights that in the two years of the pandemic caused by the coronavirus (2020-2021), vaginal deliveries and cesarean sections performed on foreign women corresponded to 38 and 45 %, respectively.

The study also shows, when analyzing the variable related to the country of origin of foreign mothers registered in the Book of births of children born to foreign mothers not residing in the Dominican Republic, that between January 2020 and December 2021, the highest figures correspond to Haiti, while the second place is occupied by mothers of Venezuelan origin, followed by Spanish, American and finally those of Chinese origin.

Based on data from the Central Electoral Board, the research indicates that Haiti has a considerable advantage in the countries of origin of foreign mothers who registered births in the Dominican Republic between January and April 12, 2022. In this sense, it is highlighted that only among the data of the collected months 2,296 births of mothers of Haitian origin were registered.

Public Spending
The report estimates that the projected expenditure of the budget of the Ministry of Public Health on births and cesarean sections performed on foreigners in the selected hospitals between 2010-2021 amounted to some 688,216,600 million Dominican pesos.

According to the figures of the study, each vaginal delivery performed to foreigners cost the Dominican State an average of 8,200 pesos in 2019, while each cesarean section required an investment of 16,700 pesos, approximately this if the parturients did not present some complications and averaging the patient’s stay at only 48 to 72 hours; after this time, the expense for assistance would increase.

Recommendations
Recognizing the latent reality that is being experienced in the hospitals of the SNS, with the increase of foreign parturients in the Dominican Republic and knowing the repercussion that this problem has on the budget allocated to the health sector, for OPD-FUNGLODE it is imminent the need to take efficient and reasonable measures.

“It is indispensable, therefore, to review and evaluate in an integrated manner the surveillance and control programs aimed at controlling irregular immigration, in addition to strengthening controls at the Dominican-Haitian border, which is the route commonly used for undocumented immigrants to access Dominican territory,” the study recommends.

Consult and download for free other studies of the Dominican Political Observatory in the portal www.opd.org.do

-The substitution of Dominican labor for undocumented Haitian cheap labor
-The massive presence of Haitian pregnant women who cross the border illegally to give birth in DR hospital, leaving poor Dominican women out of their own public healthcare service
-The ever increasing presence of Haitian children that are brought illegally in to our territory, leaving Dominican children out of their own public education.
-Haitian are taking over entire regions of our territory which are no longer Dominican, but that had turn in to Haitian ghettos.
-All of this is going on while the international community turn a blind eye to the crisis in that country, while maintaining a campaign of discredit and false accusations against the Dominican Republic.