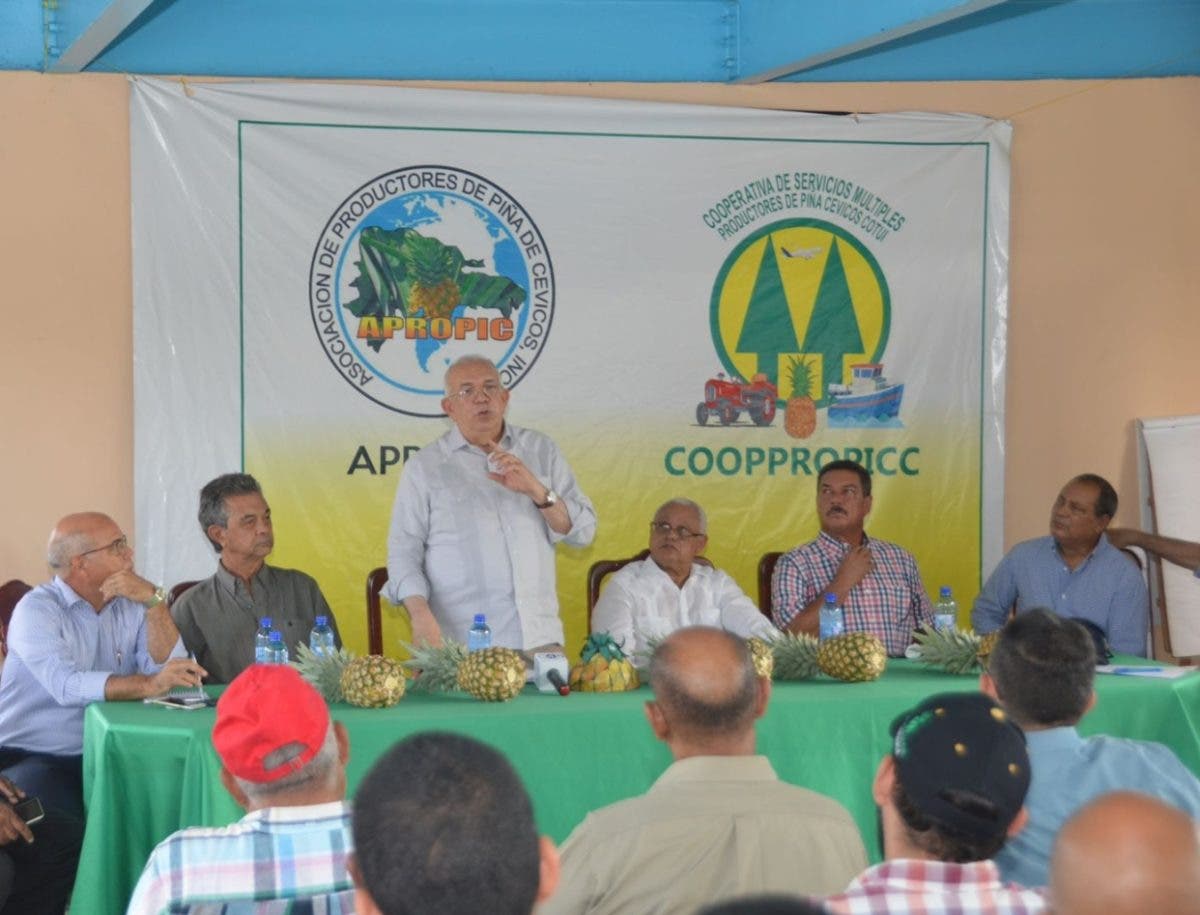 The Agricultural Bank (Bagrícola) will finance the cultivation of 50,000 pineapple tareas for export to small and medium-sized producers in the provinces of Monte Plata and Sánchez Ramírez, with an investment of US$60 million, loaned by the Central American Bank for Economic Integration (CABEI).

The announcement was made by the administrator of Bagrícola, Fernando Durán, during a meeting in Cotuí with farmers grouped in the Asociación de Productores de Piña de Cevicos (Apropic) and the Cooperativa de Servicios Múltiples Cevicos- Cotuí (Coopropicc).

Durán informed that the provinces of Sánchez Ramírez and Monte Plata have land in excellent condition for the production of high-quality pineapple, which meets the demands of the European and US markets.

“We have demand and market to undertake this project,” said the official in the meeting with the producers of the two organizations, which group more than 100 pineapple growers. He said that “with this investment we are making the necessary efforts to compensate pineapple producers who, because of the coronavirus pandemic, lost markets in the country and abroad.”

The Bagrícola administrator traveled to Cotuí, accompanied by the deputy director of that institution, Juan Rosario.

Durán said that this is a commitment made by President Luis Abinader to the pineapple producers of the two provinces to relaunch this crop which was strongly affected by the economic effects of the pandemic.

The official said that the announced investment would allow pineapple growers to plant new areas, use state-of-the-art technology and return to being the large producers they were before the Covid-19 pandemic.

The administrator of Bagrícola assured that this institution guarantees good financing rates to the pineapple producers of Cotuí and Monte Plata.

He added that this banking institution would give excellent terms to these producers to pay and technical advice, with the assurance that this financing would greatly impact the quality of life of the harvesters and their families, as well as the economic progress of the two provinces involved.

It is recalled that before the covid-19 pandemic, pineapple producers in the provinces of Sanchez Ramirez and Monte Plata were exporting the fruit to the United States, Europe, and other markets and selling it to supermarkets and hotels in tourist areas of the Dominican Republic.