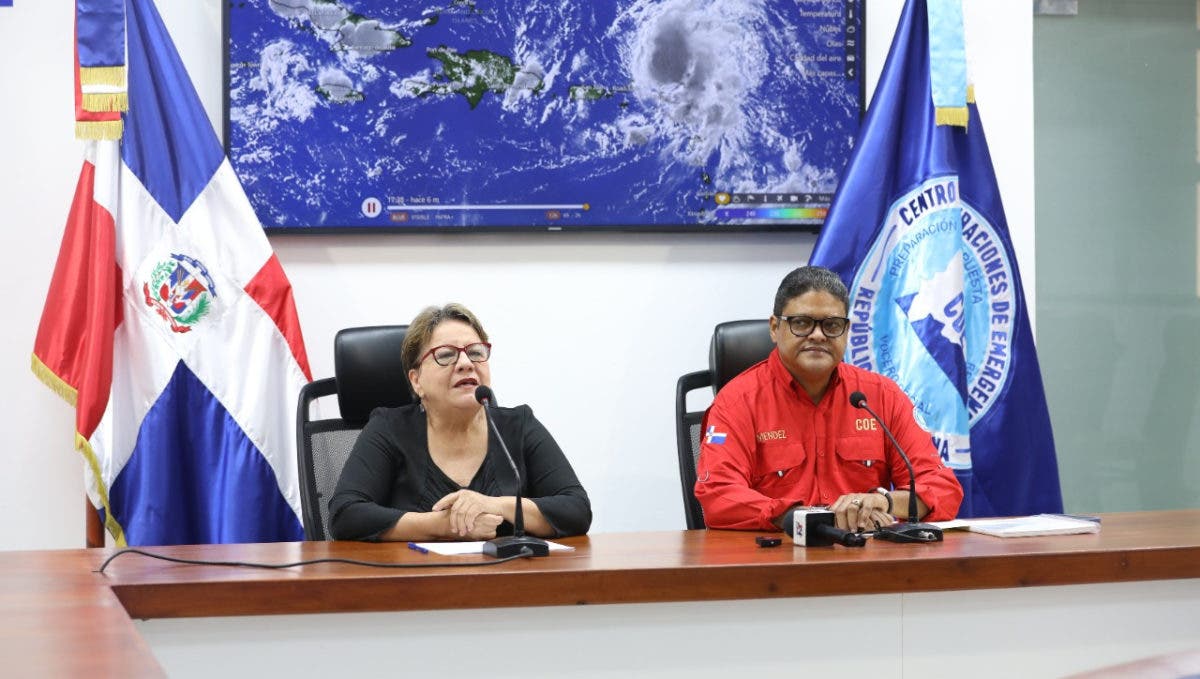 Although Tropical Storm Earl will not directly affect the Dominican Republic, the indirect effects will be causing a large amount of rain this coming Sunday and Monday.

“(…) The cloud field associated with it and the circulation it generates are going to drag those cloud bands to us. That is to say, on Sunday and Monday we will have rains linked as an indirect effect of this system (tropical storm Earl) transiting through Atlantic waters”, said Ceballos.

He added that, with respect to the amount of rainfall expected to fall over the national territory, these could exceed 50 millimeters.

“We would be talking about that it could exceed 50 millimeters in isolated points of the national territory in 24 hours,” he said.

Information on tropical storm Earl.
Alert
For his part, Juan Manuel Méndez, director of the COE, reiterated that a total of eight provinces remain under green alert.

The COE’s decision is based on the possibility of flooding rivers, streams, and creeks, as well as flash or urban flooding. All this is associated with Tropical Storm Earl.